Happy New Year! Welcome to January 2016, and if you haven’t made a New Year’s resolution yet (or you have made one but want to sneakily change it,) why not challenge yourself to star gaze this year. Star gazing is a brilliant past time and is a wonderful activity that all the family can get involved in. Set yourself a goal each month, and try and spot something fantastic. Our monthly guide to the night sky will be able to help you over the course of the year.

To start out your year of stargazing, there is a wonderful meteor shower at the start on the month. The Quadrantids meteor shower will be at its peak on 3rd and 4th of January. This shower runs annually from 1st – 5th January and is produced by dust grains left behind by the comet known as 2003 EH1. This particular comet is an extinct comet. What’s that I hear you ask? Well an extinct comet is a comet that has expelled most of its volatile ice, and has very little left to form a tail. At its peak, the Quadrantids meteor shower can produce up to 40 meteors per hour. These meteors will radiate from the constellation of Boötes, but they can appear anywhere in the night sky.

Looking east just after midnight on 15 January 2016. Comet Catalina is near Alkaid at the tip of the handle of the Plough. (Image credit: Colin Johnston/Stellarium)

If you were lucky enough to have received binoculars or even a telescope for Christmas you could try looking for Comet Catalina (C/2013 US10 Catalina). It is just outside the limit of unaided eye visibility, but binoculars should reveal it as a small fuzzy blob of light. On 1 January 2016, the comet was close to Arcturus in the constellation Bootes and was easily found and the comet will spend the first half of January moving between Arcturus and the tip of the Plough’s handle. You can follow the comet’s progress with the chart at this link.

Mars and Jupiter in the morning sky (about 6am) on 15 January 2016. (Image Credit: Colin Johnston/Stellarium)

Two other good targets for new binoculars and telescopes are the planets Mars and Jupiter. Look south in the morning before sunrise to see them flanking the constellation of Virgo. Just before dawn a faint Saturn and a brilliant Venus will be seen in the brightening sky. Very, very low down (you’ll need an empty horizon) and tough to see will be little Mercury, making it just possible to see all the classical planets roughly aligned in the sky.

On 10th January there will be a New Moon in the sky. There will be no moonlight in the sky to hinder your viewing, so why not wrap up warm with lots of blankets and jumpers, and go outside and see what you can see. We do not recommend going out in wet weather, not only will you get soaked, but you’ll be cold too!

Here you can see how the Winter Circle looks in the sky with all six of the stars. Make sure to look south around 11pm at night in January to see it clearly. (Image Credit Heather Taylor/Stellarium)

Aldebaran is an orange giant star about 65 light years away from the Earth. It is found in the constellation of Taurus. The name Aldebaran is derived from Arabic and it roughly translates into “The Follower.” It is a double star, and William Herschel was the first person to discover the faint companion in 1782, however the star was shown to be a double star in 1888 by the astronomer Sherburne Wesley Burnham (who ended up compiling the Burnham Double Star Catalogue).

Capella is the brightest star in the constellation of Auriga. The name Capella is derived from the diminutive of the Latin “capra”, meaning “goat,” hence the term “little goat,” for the star. Capella is also known as Alpha Aurigae, and it appears to be a single star in the sky, however it is actually a star system of four stars in two binary pairs. This star system is roughly 42.8 light years away from Earth.

Pollux is the brightest star in the constellation of Gemini. About 34 light years from us, this star is even brighter than its neighbour in the sky, Castor (which is about 51 light years away). Pollux is an evolved giant star with an orange hue meaning that this star has exhausted the supply of hydrogen in its core and switched to thermonuclear fusion of hydrogen in a shell surrounding the core. Pollux is larger than our Sun and is about two times the mass of our Sun, and nine times the radius. It has at least one planet, β Gem b, a gas giant about twice as massive as Jupiter which was recently named Thestias.

Procyon can be found in the constellation of Canis Minor, and it is the brightest star in this constellation. It has a visual apparent magnitude of 0.34, and is a classified binary star system. It is the eighth brightest star in the sky. The name Procyon comes from the Greek “Prokyon,” meaning “Before the Dog,” since it preceded the “Dog Star,” Sirius as it travels across the sky. Now you’ve heard of the Summer Triangle, which you can see in the sky during the summer time and is made up of three different stars (Vega, Deneb and Altair) belonging to three different constellations, well Procyon just so happens to form one of the three vertices of the Winter Triangle. The other two stars belonging to this triangle are Betelgeuse and Sirius and these two can be found in different constellations. Betelgeuse is found in Orion and Sirius is found in Canis Major.

The final star in the Winter Circle is Sirius and it can be found in the constellation of Canis Major. This is the brightest star in the Earth’s night sky and has a visual apparent magnitude of -1.46. We’ve written a lot about this star before so I won’t bog you down in the nitty gritty details, but here are some cool facts about this star. Sirius’ Bayer Designation is Alpha Canis Majoris, and what the naked eye sees as a single star, is a actually a binary system. It consists of a white main-sequence star of spectral type A1V, termed Sirius A and a faint white dwarf companion of spectral type DA2, termed Sirius B. Sirius is gradually moving closer to the solar system so it will increase in brightness over the next 60,000 years.

To complete this glorious month of stargazing there will be a full moon on 24th January. Naturally this moon has many names, including the Native American name of the Full Wolf Moon. It is known as the Wolf Moon because at this time of the year the hungry wolves would howl outside the tribe’s camps. It is also known as the Moon after Yule as it is the first full moon after the winter solstice. This name however is not quite relevant to this full moon this year, as we had a full moon on Christmas day, so that technically would have been the Moon after Yule.

Dear Mary, thanks for your comments. We did cover the planets in the morning in our article but I confess to being surprised by the degree of media interest in this event, and we didn’t include a picture.

Your idea of readers’ pictures being included is very good and I hope to start inviting them soon.

I am sorry to hear that you cannot access the drop down menus on your phone. This morning the site has been tested on an Iphone, Windows phone and an Android device we could not see this problem. Can you give any more details of the problem you have been experiencing?

Please excuse me, this is not directly related your post.

This post has been inspired by the latest “Stargazing Live” programs.
I really enjoyed them but Why o Why do they not show more of the Earth from the window of the ISS?
After visiting the NASA channel on youtube I am even more bewildered by the
sheer lack and quality of the “Earth from space” videos.

I would really appreciate your considered opinion.
Thank You.

Dear Fear, thank you for your query. I am not sure where you have looked but here are some links for you to try (these are from cameras mounted outside the station):

Are these the sort of thing you are looking for?

Dear Kerensa, there are 88 constellations, see this link to the International Astronomical Union. Thanks for your question.

This is the first Night Sky blog article of the new decade and hopefully I’ll be able to point out some interesting things for you all to see in the night sky this month.

21st January 2019, sky-watchers will witness a rare total eclipse of the Moon. This will be the last opportunity to view a total lunar eclipse from the British Isles for three-and-a-half years, until 16 May 2022. 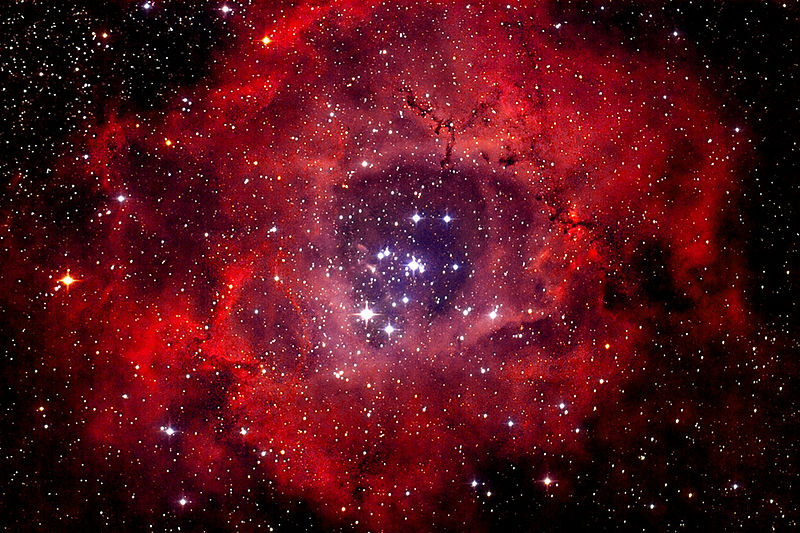 Some good news folks! If you fancy a few free ‘sparklers’ to get you celebrating, you could fill a bag with the number of fabulous looking stars that will appear their prettiest again this month Read more…