Living on the Red Planet

New research and findings are coming to light suggesting that that we Earthlings might just all really be descended from Martians instead of  that fell down to Earth on a meteorite from the rusty Red Planet.  I am not suggesting that the Martian meteorite cracked up to reveal a lost alien baby whose superpowers cannot work on the ‘blue planet’ and this is where human life originated! (Although it would definitely be fun to think we had Superman-like powers locked away inside us!) The real theory is a little less dramatic and is the suggestion that microbes had formed on Mars and subsequently landed on Earth via a meteorite and Earth life evolved from this starting point.  So what would life on Mars be like today if we had have stayed and evolved to be fully fledged Martians? Could we survive the Red Planet’s harsh and difficult conditions if we formed exactly as we did on Earth? Let’s take a look at what makes that a very unlikely scenario!

Our mission to find life somewhere else in the Universe has been very extensive but there has been no little green men popping their heads up on the Moon or even the smallest microbe discovered on Mars (yet!) but by analysing our own home planet we have discovered that where there is liquid water there is life, even the tiniest drop on Earth is filled with it! So if we as humans rely heavily on refreshing H2O to survive, a holiday home on Mars is probably not going to be as relaxing as one in the Bahamas! The Red Planet does have water, but it is nearly exclusively in the form of ice located at both the polar ice caps and roughly a quarter of a mile below the Martian surface. This would be easy enough for humans to drill down to considering that some mines here on Earth are as deep as a mile! This could allow for a colony of humans on Mars to access water, in frozen form to melt and drink and help create breathable air! But this is still not ideal for a worry-free existence on the planet. Scientists do believe Mars was once covered in oceans of water and it seems to have had many rivers due to the discovery of dried up river beds and round pebbles, only created in flowing rivers! Sadly its thinning atmosphere and weak magnetic field has saw the disappearance of another life-giving characteristic of our neighbouring planet. So if your desire is to live on Mars, maybe pack a few thousand bottles of Evian just to make things easier!

An unusual issue that you may think would be a big problem for living on Mars is the dust! The Apollo missions to the Moon allowed the discovery of the hazards of moon dust, composed of very fine jagged grains caused by numerous meteoric collisions and the same can be presumably be said for Martian dust. Also Mars has many dust storms where large winds can kick up enough of the surface dust to cover the entire planet! This process continuously grinds down the grains until they become so fine, they cling to everything! This Martian dust contains fine grains of silicate material which, if inhaled, would react with the water in the lungs creating damaging chemicals. If that doesn’t cause enough damage, Martian dust also contains traces of gypsum which is not toxic but can build up in the lungs causing an illness similar to the “coal dust lung” that coal miners experience here on Earth. This eventually leads to the disintegration of the lungs and a lung transplant may not be that easy to come by on Mars! You may think that you could avoid this issue by living in an air tight facility and only go outside in a space suit, but as the Apollo astronauts discovered, this fine dust clings to the suits and it is very difficult to shake it off so some would always find its way into the breathable air!

Radiation is another huge issue for any person seeking a Martian adventure. Travelling to Mars and back would be dangerous as a 360 day round trip would expose astronauts to over 600 millisieverts (mSv) when an astronaut’s lifetime exposure should be no more than 1000 mSv. Although Mars’s atmosphere is much thinner than Earth’s it still does block some harmful rays and radiation from the Sun but it is not as protective as our own atmosphere at Earth nor is there a strong magnetic field to deflect particles so radiation exposures at the Martian surface are extremely dangerous! Every hour on the surface of Mars, without any protection humans would be exposed to 30 mSv! With exposure of more than 1000 mSv there is a much higher chance of causing cancer so the adventure on Mars would not be able to be a long one!

A new life awaits you in the Off-world colonies! A chance to begin again in a golden land of opportunity and adventure! (Image credit: Mars One)

With all these obstacles facing human colonisation on Mars, you would think we wouldn’t dare try it! Well think again, there is a definite plan that is already in motion to have humans living on Mars by 2023. The Mars One programme is a not-for-profit organisation that aims to have permanent human settlement on Mars by 2023 with more humans arriving every 2 years to join the “Martian” community! This may sound crazy to some people but it is said to be run by highly intelligent people with backgrounds in the areas of engineering and science and their pitch has been very successful with over 200 000 people from more than 140 different countries, applying to become a permanent resident of the Red Planet! And don’t worry if you want the opportunity for the one way trip that was just the first round of applications for the first trip to the planet, Mars One will start new application programs for each subsequent mission after the first landing on Mars and there is no upper age limit to apply, you just have be 18 or older.

Looking out the window of B Ark. (image credit: NASA)

The Mars One team are not just hoping that everything will go peachy without any research, they are well aware of the problems facing them. They plan colonists will inhabit living units that each person will have, connected by passageways to avoid having to venture outside often. When they do have to go out they will have special Mars suits to help them cope with the harsh Martian surface conditions. Life in the Mars One settlement should be comfortable enough with beds, kitchens and even normal showers. And every set of living quarters will have its own patch of vegetation to grow their food. The first applications for this “alternative” lifestyle closed in August 2013 and they will begin a long training schedule in 2015 before lifting off and waving goodbye to Earth forever in 2022. In the meantime they have plans to send rovers to explore the best place to build the settlement so the project it is officially on track. So who knows what we will be witnessing in 2023 but 70 years ago going to the Moon was a farfetched idea and look what happened there. For those that get selected I am pretty sure it will be a difficult decision to see through. Would you be able to say goodbye to all you know and live on such a harsh and lonely world?

For anyone who thinks that only absolutely crazy people would want to do this, click the following link for videos of those that have applied!

I can’t imagine people living on Mars by 2023, and as you said they would leave in the year 2022 for the 1 year journey. It’s hard to comprehend that could happen in 8-9 years from now. I’m not implying that it won’t, and I think it would be amazing to see that happen. It just doesn’t seem like much time for something that I assume would involve massive planning, testing, training, etc.

I remember not too long ago there was somewhere to apply online if you were interested. If I were 20 years younger I would probably jump at the chance. Now that I am a little older I don’t think I could say goodbye to everything here on Earth forever as it’s a one-way trip from what I understand. That would be a really tough thing to do. I am guessing there would also be an intense psychological evaluation involved. Then again, after being there for years and knowing you can’t go home might eventually lead to mental issues. Hopefully not, but it would definitely be a challenging.

Look what they’re saying here! http://deepspace-explorer.blogspot.it/ An unknown Norwegian astronomer claimed to have discovered a slight shadow that was moving on the Moon. Could it be true?

You know that is a link to a fiction site related to an iPad app, don’t you? 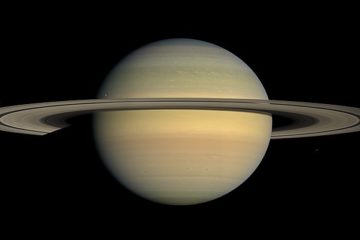 Now we come to the sixth planet from the sun, with the magnificent ring system, it’s Saturn! It is now the planet with the most known moons! Saturn recently beat out Jupiter in the moons Read more…

The Artemis Program – The Successor to Apollo