Armagh Observatory reports that May 2020 was warmer, sunnier and much drier than average. The meteorological spring (March, April and May) was the sunniest on record at Armagh, and the driest since 1870, that is, for 150 years.

The spell of largely warm, dry weather was interrupted by a couple of days of strong wind on the 22nd and 23rd. The wind was associated with a deep depression in the Atlantic Ocean, which unusually produced gale-force winds over Northern Ireland on the 22nd but relatively little precipitation.
The mean monthly temperature was approximately 12.34 degrees Celsius (54.2 Fahrenheit), 1.77 C warmer than the long-term (1796–2010) average May temperature at Armagh and nearly 1.18 C warmer than the most recent (1981–2010) 30-year May average. This was the warmest May at Armagh for two years, that is, since May 2018 (mean temperature 12.89 C), and the 15th-warmest May on record at Armagh since records began at the end of 1794.

Taking the meteorological spring March, April and May together, spring 2020 was the sunniest on record at Armagh, warmer and much drier than average.

There are other examples, and of course cases where the reverse occurs, that is, a dry winter followed by an unusually wet spring. Evidently, rainfall fluctuates a lot, both locally and regionally, and different datasets differ one from another. At Armagh, and possibly elsewhere, the rule of thumb is that whereas the quantity of rainfall fluctuates a lot from day to day, month to month and year to year, in the medium to long term such variations largely cancel out and there is little or no significant long-term trend in precipitation. 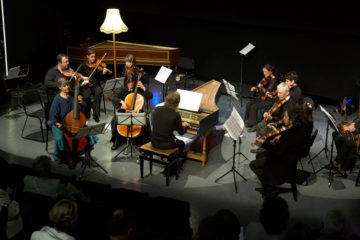