Wonders of the March Night Sky

Since March means “Mars’ month” in Latin, we should find it a minor coincidence that Earth’s red terrestrial neighbour plays a more major role in the sky over the next few weeks. With continued astronomical twilight, an exploration of the centre ground astrology and astronomy share, and great opportunities to employ the astronomer’s “super-vision” technique also in the mix, our trip through space this month ought not to be one lacking in flavour…

So to get started, we are going to launch our thoughts towards the stars in the southwest. If you can first of all locate the three bright stars of the Winter Triangle (with Sirius bottom-most), we will see that Procyon lies directly in front of us. From this stellar skymarker now shift your eyes up and diagonally left a little to uncover our first constellation. Since the majority of stargazers refer to it as ‘Cancer the Crab’ we should be aware that we are effectively saying “Crab, the Crab”, because the word ‘cancer’ means crab in Greek!

Although one of the simplest constellations in terms of shape, Cancer represents the ultimate challenge and perhaps exists for the ‘die hard’ sky watchers only, for a one-ends-errand trip to a dark spot away from city light pollution may be required if you determine to see all its faint stars. While some astronomers defer to a stick figure pattern of the crab that looks like an upside-down capital letter ‘Y’, others join up the form in their mind’s eye with an extra appendage, ultimately resembling some headless arm-waving ‘cheerleader’ of the skies. If you do manage to view Cancer’s third and mostly fourth magnitude stars from a dark viewpoint, you may wonder if your eyes are deceiving you, or whether there indeed seems to be a subtle grey ‘haze’ just to the right of the cheerleader’s torso. The answer of course is that you have uncovered a genuine astronomical gem in the constellation of Cancer, and as a sixth magnitude object, one teetering on the brink of being beyond human visibility.

The Beehive Cluster: If seeing a fabulous naked-eye open cluster for yourself does not already have you overbalancing with stargazing excitement, then perhaps it is safe for you to learn that orbiting two of the Sun-like stars you are looking at are two recently-discovered exoplanets, gas giants, the first-ever of their kind discovered in an open cluster.
(Image credit: NASA/JPL-Caltech)

It is an open cluster of stars called ‘Praesepe’ or Messier 44. Possibly accounted for by its oblong form, the name Praesepe means “crib”. With the Italian astronomer Galileo first bringing enlightenment to the astronomers of his day with the revelation that NGC 2632 (M44) was ‘not’ a cloud in space but rather a swarm of numerous stars, this loose conglomeration or ‘open cluster’ of stars is more popularly known today as the ‘Beehive Cluster’. Why not sneak a peek with binoculars at that misty form overhead to see a mass of stars, hundreds-strong and 500 light years from where you stand?

“THIS IS SPAAARTA!” Or is it? Although not the son of king Leonidas (as in the Spartan movie ‘300’), Castor, the twin on the right-hand-side of the Gemini constellation, was the son of a Spartan king called Tyndareus. His brother Pollux (left) however, was the son of the king of the gods, Jupiter (in Greek legend), and was therefore an immortal demi-god. The twins stand approximately 20 degrees tall in the heavens, albeit angled over on their sides.
(Image credit: Nick Parke/Stellarium)

The inseparable twins of the stars were the sons of their mother Leda and Zeus. The easiest way to discern their ‘stick figure’ celestial forms, as is often the case when tracking down a constellation, is first of all to locate the brightest stars in the pattern, then form the rest of the constellation around them. The two leading stars in this star pattern take the actual names of the twins themselves and mark the boys’ heads; Pollux the brighter, more orangey, and lowermost of the two, and Castor, a still-impressive but slightly dimmer 1.6 magnitude star, lies just above it. Those blessed with a larger telescope may have the additional treat of being able to distinguish the ‘single star’ Castor (as it appears to the naked eye from Earth) into some of its contributing components, for when we look at this sextuple star system we are actually observing six stars for the price of one!

Finally we come to another chieftain among the northern celestial hemisphere’s constellations. This fellow heavyweight lies to the right of Orion in the sky, and while few star patterns can claim to compete with the brightly illuminated Orion constellation, Taurus the bull holds its own with Aldebaran, (the ruddy opposite number to Orion’s star, Betelgeuse), and an equally eye-catching ‘patch of light’ tattooed on the great beast’s would-be shoulder.

That said, when we roll our eyes over to more closely observe this mysterious luminous patch in space, (like so many other celestial objects that we have observed before), we will find ourselves up against the centuries-old nemesis of the stargazer, the limited sensitivity of human eyesight! Before however reaching for that readily-purchasable antidote, a pair of binoculars, why not linger for a moment or two to employ your Superman/Supergirl vision? I jest not, indeed we are all that little bit more “super” than we may ever have realised, for, perhaps most noticeably evident when peering into the blackness of space than in any other daily application, the simple technique of focusing our eyes just a little left or to the right of the target object we wish to study, enables the Fovea Centralis or apex sight zone, also just a little off-centre on our retina, to take over.

The Seven Sisters or Pleiades: According to myth these lovely maidens sought refuge in the heavens from the romantic pursuits of the young macho man of the skies, Orion.
(Image credit: NASA)

As the amassed and ultra-sensitive cells in this tiny area at the back of our eyes alone have the potential to provide some of us with “20/20 vision”, why not put yours to use and see if they can help you identify the seven prominent blue-white stars of the Pleiades open cluster, since it is these very hot young stars that are the key components of that mysterious structure in Taurus’ shoulder. Although the “glow” of the Pleiades is in fact generated by thousands of stars that reside within the cloud of dust and gas, if you find yourself able to identify even six of the stars without a telescope or binoculars to aid you, this alone will be a worthy achievement for your evening’s observations!

While astronomy studies the wonders of the heavens as a fascinating end in and of itself and astrology alternatively reads meaning into these wonders as a behavioural guide for life, both use the ‘ecliptic’ (or apparent path of the Sun through space) as an important baseline. It just so happens that many of the planets, comets, and asteroids in our solar system have orbital planes similar to the Earth as they move around the Sun and are therefore on certain occasions, visible in the night sky somewhere near the ecliptic. This has made the constellations that are visible behind this celestial highway, well known in astronomy and famous as the signs of the Zodiac in astrology.

16th Century woodcut: Historical constellations and the twelve signs of the Zodiac, with their attributed symbols.
(Image credit: Micheletb/Wikimedia Commons)

‘Zodiac’ comes from the original word Zoidiakos meaning “circle of animals”, and with the star patterns of the Bull, the Crab, and the Lion all currently on full public display along this celestial arc, it’s not difficult to see why.

6, 5, 4, 3, 2: No rocket countdowns here but the numbered signs of the Zodiac from left to right. Just like noticing the rapidly changing but cyclically repeating scenery as you stare outward while sitting on a merry-go-round, this highlighted band represents the backdrop behind and currently-visible-portion of Earth’s orbital plane as it powers around the Sun over the course of a year.
(Image credit: Nick Parke/Stellarium)

From northern latitudes: As our heads are now brimming with the names of other bright stars and their host constellations also located in the celestial vicinity of the Winter Triangle, we can now form one huge all-encompassing asterism in the southern part of the sky, better known as the Winter Circle. Although this huge shape’s existence is only possible thanks to the constellations Gemini, Canis Minor, Canis Major, Orion, Taurus, and Auriga yielding up their brightest and best, this fabulous roundabout of stars creates a dazzling and mesmerising ‘playpen’ overhead which, once inside, the stargazer’s eyes may not wish to leave!

Last but not least, we return from our observations of hundreds of light years away to our own celestial neighbourhood and the planets. If you possess a large telescope the ‘Great Red Spot’ would make an excellent extra-planetary feature for investigation this month, thanks to Jupiter’s still-prominent position in the sky. Why not then allow your eyes to follow that arcing Zodiacal band of constellations from west back to east, for by 11pm it would be difficult to miss the steady orangey radiance of the planet Mars in the constellation Virgo, farther east and significantly lower in the sky than the sphinx-like constellation of the lion. Finally, just for good measure, the wonderful ‘morning star’ or planet Venus can now clearly be seen showing off some its brilliance low in the southeast, just when the other stars must retire in the dawn light.

So as you look above to observe the great sights of the night sky in March, happy hunting and enjoy your interstellar voyage!

Welcome to spring! In theory at least – someone should really let our climate know that it’s time to brighten up a little bit. Depending on whether or not you adhere to the meteorological or Read more… 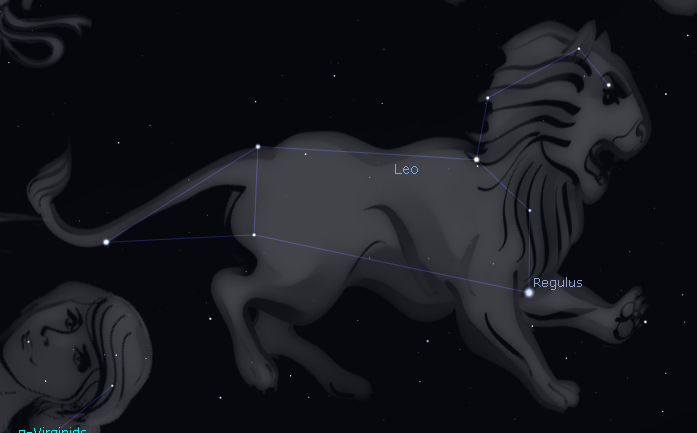 Goodbye February, the shortest month of the year, and hello March! The desperate chill of winter is starting to lift and at the end of this month we will have the March Equinox. On the Read more…