When did the first stars form in our Universe? International Astronomical Union Conference Returns for first time in two years to explore just that!

Returning for the first time since the pandemic, the International Astronomical Union hosted IAU Symposium 361: Massive Stars Near and Far; in the Slieve Russell; with Armagh Observatory and Planetarium taking part in the research discussions and educational outreach.

This international conference bought together over 230 observational and theoretical astrophysicists to discuss all aspects of massive stars, their formation, evolution and ultimately their demise as supernovae. A special focus of this conference is on massive stars in the early Universe, how they lived and died, and how they compare with massive stars in our Galaxy.

Jorick Vink, Astronomer at Armagh Observatory and Planetarium and Co-Chair of the Scientific Organising Committee talks on the importance of this week-long conference and the learnings coming out of the discussions: 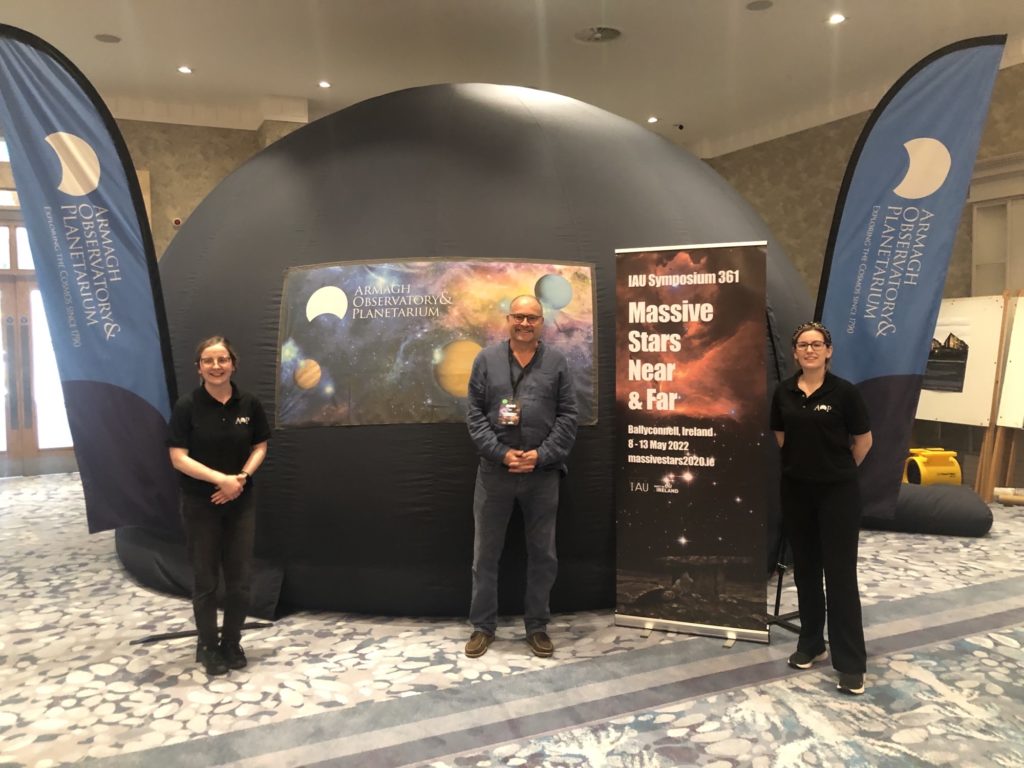 “It is great to have this conference finally happen. Armagh Observatory and Planetarium is a valuable contributor on the All-Ireland committee that has brought this event to fruition. Bringing some of the leading scientific minds and astrophysicists together from across the world.

“Throughout the week we have many guest speakers exploring Stellar Atmospheres, Stellar structures, and Massive Star formation. Using the Hubble Space Telescope and with future findings coming through from the James Webb telescope that was launched last Christmas, we are now receiving greater more accurate data than ever before. We will be using this research to understand more about how the first stars formed, what size they were, what was their chemical make-up, did they form a black holes; and are these Titans the seeds of super massive black holes, such as those found in the centre of our Galaxy.

“Armagh Observatory and Planetarium has brought its dome show to the conference and will be welcoming the local pupils from Greaghrahan National School, Cavan, to carry out experiments. This outreach is extremely important to us. We conduct a number of educational programmes throughout the year, as we understand the importance of inspiring the future generations and strengthening the growth of STEM uptake in schools.” 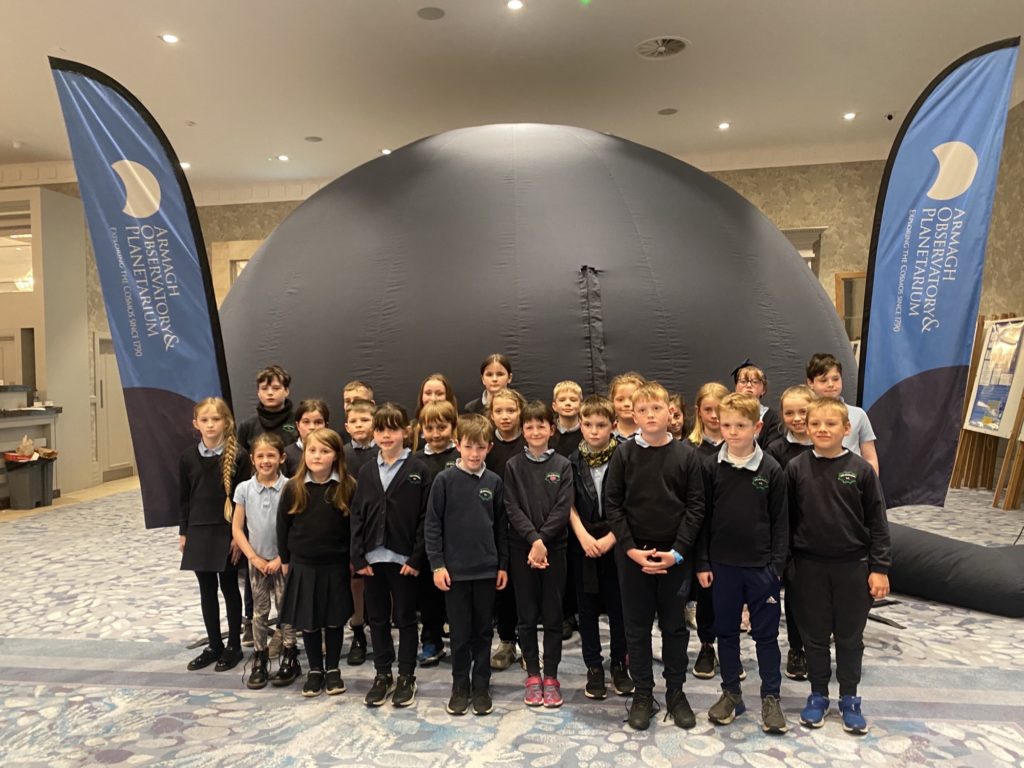 Each of the pupils were gifted a copy of Armagh Observatory and Planetarium’s the “Big Book of Experiments and Bright Ideas” that was inspired by the success of the Planetarium’s ‘Science@Home’ online programme, which AOP introduced during the lockdown to keep the public informed about the world of science.

The Massive Stars Commission (G2) of the IAU’s Stars and Stellar Physics Division organises a symposium, typically held every 4 years, to present the latest research findings, discuss the status of current research in massive stars, and chart the way forward for future research. The first meeting was in Argentina in 1971, and in the last decade we organised “Massive Stars: from Alpha to Omega” in Greece (2013) and “IAUS 329: The Lives and Death Throes of Massive Stars” in New Zealand (2016).

Ireland has a young and growing research community investigating massive stars and supernovae. Its membership of the European Space Agency (ESA) and recent accession in 2018 to the European Southern Observatory (ESO) opens up tremendous opportunities for Irish scientists to access world-leading facilities that are key for gaining new insight into massive stars. The Irish astrophysics community is excited to welcome researchers from all over the world to IAU Symposium 361: Massive Stars Near and Far.