James Webb Space Telescope: 25 Years for The Next Giant Leap

Hubble Space Telescope (HST) has been in space since 1990 and has resolved many long-standing problems in astronomy, whilst raising new ones thus improving our knowledge and curiosity significantly. It has been the most important telescope we had for 31 years. Now it’s time to relay the mission to its successor, James Webb Space Telescope (JWST). 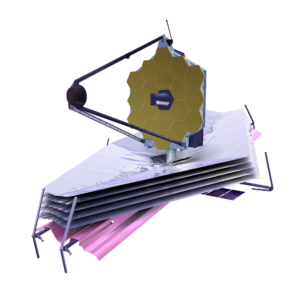 JWST, an international collaboration, is one of the most important scientific projects in human history. Scientists and engineers started to work on JWST in 1996 when I was in primary school learning addition and subtraction. The initially planned launch date was 2007, the year I started my undergrad in the astronomy and space sciences department. The telescope had a unique design, unique technology thus unique challenges. We had only one shot, neither spare telescope nor second chance. Challenging budget limitations and unique solutions to challenging problems have led the project to face significant delays. I am about to finish my PhD and finally, we have an actual launch date for this giant leap in astronomy, 22 December 2021 (apparently my education life has some significant delays too!).

Let’s have a closer look at the potential of the JWST. The most important feature of the telescope is its size. The 6.5 m wide primary mirror has 6 times more photon collecting area than the HST. Additionally, with its advanced technology, it’s 100 times more powerful than the HST. To stress this last sentence let’s have a flashback to the year 2006, please see Figure 2 now. 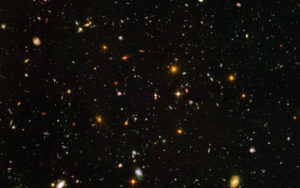 This is the Hubble Ultra Deep Field (HUDF) image. This only image contains nearly 10,000 galaxies. Every dot and shape in different colours is another galaxy. Cut a piece of paper with the dimensions of 1 mm by 1 mm and hold it 1 metre away from yourself.  Hold on tight, the HUDF image only covers an area in the sky as big as this paper!

Now imagine how many galaxies are out there in the sky, and how much more we could see with a telescope 100 times more powerful than the HST! We will be able to see the most distant objects in the observable universe! We will be able to see atmospheric details of the exoplanets! These are only a couple of examples of what we could achieve with this new telescope. We will resolve many problems in astronomy and probably will raise so many more questions unthought yet! Undoubtedly, a new era will start with the JWST!

On 22 December 2021 (if all goes to plan!), JWST will be launched into Langrage 2 (L2) point with an Ariane 5 rocket. This is going to be the final challenge. We have only one shot. The whole world will be watching this historical moment. I grew up with JWST news. Now it becomes reality. I can’t wait to see it taking its position around L2 point, 1 million miles away from the Earth. We all will witness this amazing milestone! What a story to tell to the next generations!

The Unluckiest Astronomer in History

Article by Ed Snowdon Whether you are a researcher gathering data, or a hobbyist taking photos from your back garden, astronomy has always required a certain amount of good luck. Instruments can be uncooperative, data Read more…