Published by Armagh Observatory and Planetarium on January 24, 2013

1 February 2013 will be the tenth anniversary of the loss of the Space Shuttle Columbia and its crew. After a routine science mission the orbiter was making a daytime re-entry over the southern US when it catastrophically broke up. All on board, Rick D. Husband, William C. McCool, Michael P. Anderson, Kalpana Chawla, David M. Brown, Laurel Clark and Ilan Ramon perished. Unbelievably the disaster can be traced to damage caused to the craft’s thermal protection system by a falling piece of insulating foam during launch. Like the September 2001 attacks on the US or the loss of Challenger, the sad fate of the astronauts on Columbia is forever etched in my mind, but not just by the tragedy itself.

What follows is how I learned about this event, be warned this is not a pleasant story. Next I will write about something nicer, I promise.

On the afternoon Columbia was destroyed, I was at a council-owned  gym in the city where I lived (which was not Armagh). Behind the exercise equipment this gym featured a bank of TV screens which on a Saturday afternoon were used to show live sports channels (with the audio turned off). I had finished my exercise and was leaving the facility when I stepped out of the changing room to face these screens. Immediately I saw a silent stream of fireballs against a blue sky, presumably in a news flash interrupting the sports coverage. There was no caption but I knew immediately what I was seeing.  It was as though my heart turned to ice. One of the gym’s coaches saw my face and turned to look at the screen too, then he turned back to me and asked

“It looks like the Shuttle has burned up” I replied

“Was there anybody on it?”

“And are they all dead?”

“Yes, I imagine so.” I said, and his response to this terrible news has haunted me ever since. Instantly his face lit up in a smile, he made an air-punching gesture and loudly exclaimed “Yo! That’ll mess up the rascals!”

(Of course “mess up” and “rascals” were not the actual words he used, but I am sure your imagination can make the substitutions.)

This reaction seemed utterly spontaneous and sincere and appalled me. I spluttered something about that being a disgusting thing to say, he did not say anything in response but his expression suggested he found my reaction incomprehensible. Angrily I matched out, fully intending to complain to the facility’s manager. Within a few metres, I decided not to take any other action, what good would it have done? Sadly I got into the car and drove home. I never spoke to him again.

I have no idea why anyone would react to the deaths of seven strangers in such an ugly manner.  Some of my faith in my fellow human beings died that day too.

Hello, I am Simmam Raghu from Chennai, India. I am interested in doing a video project on Vimanas. According to Hindu mythology and Purans, there existed were flying objects. Many quotations could be found in Ramayana and Mahabharata. But many say there is scientific evidence for their existence. I want to know what is the sequel of developments in the building of modern aeroplanes.
Any reference has been taken from the earlier Indian textures…?
Who made researches on these (modern) flying objects before Wright Brothers…?
Any important information is helpful.

Dear Simamam, thank you for your question, the Wikipedia article on Early Flying Machines (link) might be useful to you (and has an extensive bibliography).

[…] an Israeli fighter pilot trained with NASA and became Israel’s first astronaut , on board the ill-fated Space Shuttle Columbia in 2003. Tragically he lost his life alongside his crew members when the Shuttle was destroyed on […]

Getting back up to speed

Perhaps you haven’t noticed but new Astronotes posts have been a little short on the ground of late.I’d love to be able to say that this was because I was offworld on the International Space Read more…

The Shuttle and Me

NASA’s final Shuttle flight is due this week, in this article Colin Johnston reveals what this historic space project has meant to him.   (This article is a sequel to Apollo and me which appeared Read more… 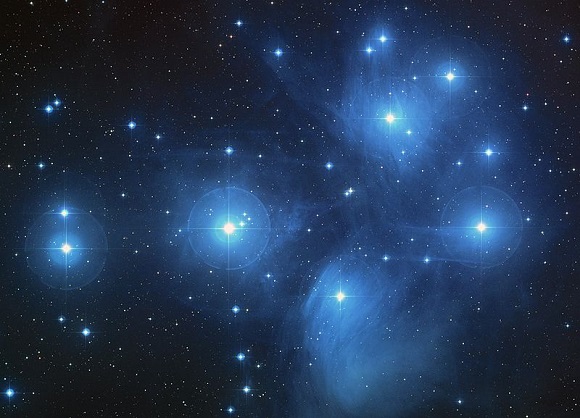 Are you an astronomer? Seven telltale signs!

Could you or someone you love actually be an astronomer?  There are tell-tale warning signs, try our exciting quiz to discover if you are one of these creatures of the night! Amateur Astronomy is a Read more…