Published by Sinead Mackle on October 1, 2021

At least one out of four white dwarfs will end its life as a magnetic star! At the end of their life, most of the stars shrink in size to the dimension of a small planet, a stage of the stellar evolution which is called “white dwarf”.

In a new scientific paper, Astronomers Dr Stefano Bagnulo at Armagh Planetarium & Observatory and Professor John Landstreet at the University of Western Ontario revealed that about one white dwarf out of four has a magnetic field. 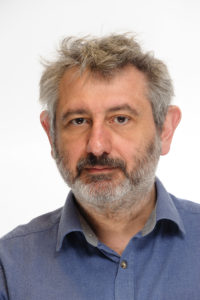 The Astronomers investigated this phenomenon, as it may hold important clues on how stars end their lives. Using telescopes located across the world – in the Canary Islands, Hawaii and in the Atacama desert in Chile –  they studied all white dwarfs (about 150 of them) nearby to our Solar System, more precisely those within 65 light years (about 620,000,000,000,000 km!) of the Sun, to obtain this result.

Speaking on this new discovery, Dr. Stefano Bagnulo says: “John Landstreet was part of the team that has discovered the first magnetic field in a white dwarf, more than 50 years ago! It was a privilege for me to carry out this and many other works one white dwarfs with him.” 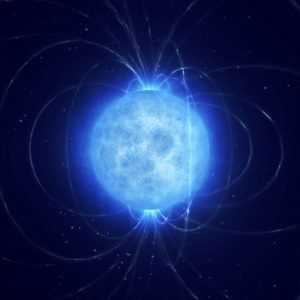 Artistic rendition of the magnetic field of a white dwarf. Credit: ESO/L. Calçada.

Professor Michael Burton, Director of Armagh Observatory and Planetarium adds: “This is a significant discovery, and I am extremely proud of the team behind this latest piece of work. Our researchers have long been involved in cutting edge research initiatives that enhances both our organisation’s and Northern Ireland’s reputation, nationally and internationally”.

This latest paper, “New insight into the magnetism of degenerate stars from the analysis of a volume limited sample of white dwarfs”, published in the Monthly Notices of the Royal Astronomical Society, is freely available to view at: https://bit.ly/3CWMOme