The Leonid meteors and other highlights of the November night sky

The darker evenings of November offer some thrilling sights to stargazers including the Leonid meteor shower. Martina Redpath has the details on  what you can see in the November skies.

This famous depiction of the Leonids was based on a first hand account of a meteor storm by a minister, Joseph Harvey Waggoner. Note: The Leonids this month will not look like this, sorry to get your hopes up! Image credit: via Wikimedia.org

As we get closer to the end of the year the nights are becoming increasingly longer and colder. This is good news as the rewards of star gazing can be reaped without having to stay up all night. Don’t forget though that temperatures can drop quite significantly after sunset, so hats, scarves, coats and gloves are needed to keep warm before engaging in a little celestial sight seeing.

In the autumn the Great Square of Pegasus is visible in the southern night sky. However, also still visible setting in the west, are the stars from the summer; Vega, Deneb and Altair which make up the Summer Triangle. In addition, rising in the East we have the winter constellations Orion the Hunter and his two hunting dogs. If anyone is an early riser, the stars of the winter are high in the sky with Sirius the brightest star in the night sky rising in the east around midnight.

Jupiter, the largest planet in the Solar system is still high in the sky below the Great Square of Pegasus. Jupiter is currently in the constellation of Pisces where it will remain for the rest of 2010. Looking south on 15 and 16 November Jupiter will shine brightly below a waxing gibbous moon. From the middle of November, if you look in a south-easterly direction in the morning before sunrise, Saturn and Venus are also visible to the naked eye both rising before 6am. Venus appears this month as the ‘Morning Star’, low down near the horizon yet very bright. Mercury and Mars set very shortly after sunset, so these planets are not visible this month.

During the month of November peaking around the 18November, is the Leonids meteor shower. The name originates as the meteors seem to be appearing from the same point in the sky from the sickle-shaped head of the constellation Leo the Lion. The Leonid meteors or shooting stars are caused when the Earth passes through the tail of the comet Temple-Tuttle and are usually visible between the 15 and 20November. Leo the Lion does not rise until around midnight, so look to the east after this time for a chance to wish upon a shooting star. This year, however there will be a lot of moonlight as the almost full moon shines brightly in the west, which will prevent the fainter meteors from being seen.

If you are feeling curious and wanting to engage in some stargazing or find out a little bit more about the Leonids, meteors and meteorites, then the Planetarium invities you to spend an evening with us ‘Under the Stars’. On Tuesday 16November here at the Planetarium we are preparing for the meteor shower, holding talks about meteors and encouraging any meteorite hunter to bring along their finds for identification from our Director, geologist Dr. Tom Mason.  As well as this the Irish Astronomical Association (IAA) will be around offering advice about telescopes and allowing you to bring along your own for tips on set-up. Then hopefully weather permitting we’ll indulge in some stargazing and perhaps catch a glimpse of some early shooting stars. If you would like to join us for this evening event, call 028 3752 3689 to book your FREE tickets.

I hope this guide to the November night sky is helpful and have fun star sight-seeing! Remember you can find out what is visible in the sky anywhere in Ireland with the free iPod/Pad/Phone app Pocket Sky. Download it by clicking on this link to the iTunes App Store.

Tweets that mention The Leonid meteors: highlights of the November night sky | Astronotes -- Topsy.com · November 16, 2010 at 21:59

Leave a Reply to Tweets that mention The Leonid meteors: highlights of the November night sky | Astronotes -- Topsy.com Cancel reply

What’s up in the sky this November?

October is over and the nights are drawing in. Instead of lamenting the fact that we are driving to and from work in the dark, let’s think of the positives – more time to stargaze! And there’s plenty of interesting objects and constellations to look out for in November.

October is over, and November is now upon us. The days are definitely getting colder, the night are definitely longer, which means the time for gazing into the night sky is now! One of the Read more… 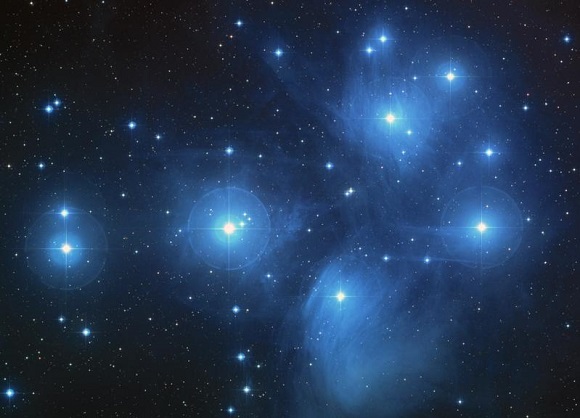 The nights are getting very dark and there is a definite chill in the air. Hello November, and hello to some brilliant stargazing opportunities. The Earth’s tilt means that now the southern hemisphere is in Read more…