Percival Lowell: a man with a mission and vision

Published by Armagh Observatory and Planetarium on January 23, 2013

Percival Lowell was born into a wealthy Boston family on 13 March 1855. ‘No man is an island’ so like all of us he was a product of his times and class and also like many he rebelled against family traditions and expectations. He is best known for his ‘canals on Mars’ theory, probable due to the fact that Mars is now much explored and this inevitably leads to comment, usually derisory, on his ideas. On closer acquaintance there is much more to this man.

Lowell’s interest in Mars didn’t begin until he was in his late 30’s. He was a businessman, an author and a diplomat. He travelled widely and worked abroad.  He forecast the discovery of Pluto. He founded the observatory bearing his name which is still in operation to this day. And he fuelled the imaginations of writers leading to the mushrooming of the science fiction genre. All of this he accomplished in a relatively short life as he died at the age of 61, from a stroke, on 12 November 1916. He is buried at Flagstaff, Arizona

Travel was part of Lowell’s life from childhood. When he was 11 the family went to Paris for an extended stay. He attended school there and he learned the language. The family travelled widely in Europe during this two year European sojourn.  More on Lowell and this aspect of his life can be found in a very detailed and interesting book  by David Strauss. A brilliant mathematician he graduated from Harvard University in 1876 with distinction in mathematics. His graduation speech ‘Nebular Hypothesis’ was an echo of things to come.

Percival Lowell would have appreciated this image of Noto from orbit. (Image credit: NASA/JPL) :

Lowell was a man who liked to broaden his horizons, he ventured into the unknown. In the 1880’s, in his late 20’s he headed for Japan and the Far East, at that time almost unvisited by Europeans or travellers from the New World.  He explored and interpreted the Japanese way of life, writing three books about the country, The Soul of the Far East (1888), Noto (1891 and Occult Japan, The land of the Gods (1894). In these writings he covered topics which included religion, psychology, economics and travel. Noto resulted from his visit to that part of Japan which he undertook on a whim. He begins the book with ‘the fancy took me to go to Noto’. He liked its name and strange position. (I feel the same about places like Vladistovik and Constantinople so I can identify with his whimsical decision: unfortunately I don’t have his money).

He must have made a great impression on the people as he is remembered to this day. A memorial hall dedicated to him stands on a small hill near Anamizu Bay. You can even enjoy Percival Lowell cakes from the local bakery! His books are still regarded a thorough guide to an understanding of Japan. He also published a book on Korea, The Land of Morning Calm, (1886) plus a book of photographs on Korea. In 1883 he escorted a Korean trade delegation across the United States.

When Lowell returned to the States he embarked on a new career. In the second half of the nineteenth century rich industrialists and bankers donated to science but didn’t get involved themselves. Lowell was an exception.  Though he was given a telescope in his youth and had a mild interest in the heavens it was in the winter of 1893/1894 that he devoted himself fully to the study of astronomy. His wealth and influence allowed him to build an observatory at Flagstaff, Arizona.

Percival Lowell devoted much of his time and money to trying to prove that the Red Planet was home to intelligent beings, beings who had the capacity to construct a network of canals. The seeds of this notion were sown when he encountered the writings of Giovanni Schiaparelli and Camille Flammarion. Schiaparelli referred to ‘canali’ on Mars. In Italian, canali means ‘channels’ but Lowell took the meaning as ‘canals’ and set about proving that these canals were built by an advanced civilisation.   He embarked on a new career, astronomy.

Percival Lowell is best remembered for his ideas on canal construction on Mars. (Image credit: via wikimedia.org)

Lowell published three books on Mars, the first, Mars, in 1895.  In 1897 he had a nervous breakdown. He was now in his forties so I suppose he experienced some kind of mid life crisis. The cure took him first to Bermuda and then on to the south of France. He returned to Flagstaff in 1901 all the better for his travels and resumed his observations of the object of his obsessions.  His second book, Mars and its Canals  was published in 1906.

He focused on the solar system. His interests went beyond Mars. He observed and wrote about Venus and he predicted that there was a ninth planet beyond Neptune, Planet X.  He searched the skies for said planet but it was not found in his lifetime.

His nocturnal activities changed somewhat in 1908 when he married Constance Savage Keith. He was 53 years old and she was no spring chicken either at 45 years. What was she like ? Constance made her name and her money in the real estate business. They met when he bought a property from her. They went to London on honeymoon and took a hot air balloon ride over Hyde Park so Lowell could photograph the paths and thus get an idea of how they would look from on high. He probably had in mind his Martian canals and wanted something to compare. His wife Constance lived to the ripe old age of 91.

His marriage came as a surprise to his friends. He had a very close companion in his secretary Wrexi Louise Leonord. She worked and travelled with him and they were obviously very close .  We may wonder why they never married but in those times and circles it would be unthinkable for a man of Lowells position to marry his secretary. She continued her secretarial duties after the marriage, I would think much to the irritation of the new Mrs Lowell. Within hours of Percival Lowells death Wrexi was given her marching orders by Constance. The swift dismissal indicates that the two had never become friends. When Lawerence Lowell wrote his brothers biography he failed to mention Wrexi, and did mention other employees, though she was very involved in his work and had long service.

A long legal battle followed the death of Percival Lowell. Constance contested the will and employed delaying tactics to great effect. Lowell had made substantial financial provision for the continuation of his work at the observatory and had designated his assistant Vesto Slipher as director. Constance had other ideas. Basically she wanted all for herself. Much of the legal drama was played out in Coconino County Courthouse. The matter was finally settled on 15 December 1925 in Arizona Supreme court and Percival’s will was upheld though at this stage much of the money was lost to legal fees. The net value of the estate was $2,336,813 on 5 February 1917. By the time Constance was through with it it had dwindled to $1,105,017.

In 1929 the search for Planet X could be resumed. The job of locating the evasive planet went to Clyde Tombaugh (1906 – 1997), a young newcomer to the Lowell Observatory. Within a short time Planet X was found. The discovery of the ninth planet was officially announced on March 13, 1930, Percival Lowell’s birthday. Constance wanted it to be called after her husband and then herself. There were other suggestions but it was an 11 year old girl from Oxford Venetia Burney, who came up with the name. She suggested that the new planet should be named after the god of the underworld, Pluto. The name Pluto was settled upon on May 1, 1930, with the symbol being PL, the first two letters of Pluto and coincidentally the initials of Percival Lowell. So everyone was happy

Percival Lowell’s career as an astronomer had many disappointments. He lacked the support of most of the scientific community of his day. His theory on life on Mars and its canals were found to be untrue and he failed to find Planet X. He did however lay the groundwork for its later discovery..

His vision of Mars inspired the first science fiction writers, George du Maurier who wrote The Martian and H.G. Wells who published The War of the Worlds. After his death the science fiction genre flourished. The public were hungry for the possibility of extraterrestial life. Though he was proved wrong about Mars his I like to think that the spirit of his ideas lives on in the SETI programme.

He was by all accounts a very charismatic person and promoted his beliefs on Mars to great effect. He was the Brian Cox of his day. There are however rumours of him being bad tempered and apparently he expelled his butler by kicking him down the steps of his home and throwing his belongings after him. This bad temper may have hastened his demise as shortly before his fatal stroke he lashed out in anger at one of his servants.

He was a passionate and perhaps highly strung individual. He was not afraid to take risks, He ventured to Japan when that country was like outer space. He put his money where his mouth was and built an observatory to carry out his observations. The  Lowell Observatory is a formidable legacy by any standards and continues at the forefront of scientific endeavour to this day. All of this indicates to me that if Percival Lowell were around today his sense of adventure would make him a contender for being the first human to go to the Red Planet.

[…] undiscovered giant planet comparable to Uranus or Neptune that still orbits far from the Sun (like Percival Lowell‘s mythical Planet X) or even a lost giant planet that was ejected from the Solar System, […]

[…] them to man-made canals.  His observations however caught the interest of the American astronomer Percival Lowell (1855-1916).  Lowell gave detailed descriptions to back up Schiaparelli’s theory with drawings […]

Now we weren’t going to leave out everyone’s favourite dwarf planet, were we?! Small but Mighty! Pluto is named after the Roman god of the Underworld, who coincidentally was also the god of wealth as Read more… 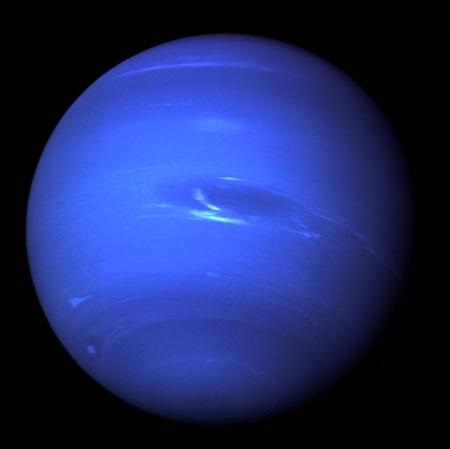