The solar chromosphere is a complex magneto-plasma system that offers the evolution of a variety of plasma dynamics (e.g., jets, mass motions, shocks) as well as magnetic waves. It is separated by the inner corona through the particular discontinuities of mass, density, temperature, characteristic speeds, etc. Therefore, a lot of phenomena are seen below the inner corona in the form of their reflection, conversion, and dissipation. Flowing cool loop systems are a very important magnetic structure because of their capability to guide and transport plasma from the lower to the upper solar atmosphere. If such flowing tubes interact with the neighbourhood open magnetic domains, they can transfer the flowing mass to the open magnetic channels.

Understanding the occurrence of the impulsive mass flow in such loops is always a difficult problem because more than one physical process may be responsible for it. Recently, we have observed the formation of the flowing cool loop system and enhanced line-profiles at their foot-points. The effective velocity was observed to be as high as 200 km/s.

We have taken this observational aspect to initiate our model, where a cool loop system is evolved similar to the observations via the implementation of velocity perturbations above one foot-point. The unusually broadened line profiles at the foot-point of the loop system indicates the impulsive energy release. The modeling highlights the formation of the fine-structured cool loop system due to multiple episodic velocity enhancements, which are associated with the response of explosive events in the upper chromosphere/Transition Region as seen in the observations. These velocity enhancements/perturbations provide significant amounts of kinetic energy and momentum to the plasma. Since the complex interaction of the flowing plasma and rebound magneto-acoustic shock takes place in curved magnetic fields, the fine structure of the flowing plasma is evident in the cool loop system. The velocity responses are found to be the main candidate for the mass evolution and energetics of the flowing cool loop systems in the lower solar atmosphere. 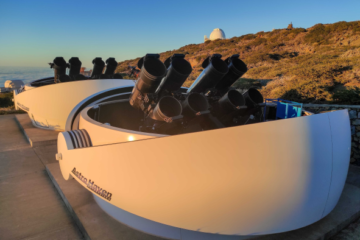