Armagh Observatory and Planetarium (AOP) has announced 34-year-old Armagh native, Peter McNeill as its next Boardroom Apprentice. Appointed in June 2022, Peter is the fourth person to have been selected for the role in as many years. 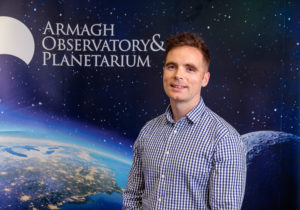 Peter, who has a background in community relations, will complete a year long apprenticeship with Armagh Observatory and Planetarium, during which time he will undertake training sessions and participate in meetings with the organisation’s Management Committee. He will be mentored throughout his journey by his ‘Boardroom Buddy,’ the organisation’s Head of Corporate Services, Carol Corvan.

Supported by the Department of Finance, Boardroom Apprentice is a 12-month unique board learning, development and placement programme designed to enable people who  would like to serve on a public or third sector board to gain the skills that they need in order to get there.

Armagh Observatory and Planetarium initially joined the scheme via its involvement with the Institute of Physics’ Project Juno in 2018, where it made a commitment to improve diversity within the workforce and on its Board of Governors and Management Committee. The four apprentices appointed to date have included two females, one of whom has since secured a permanent role with the organisation’s Management Committee. 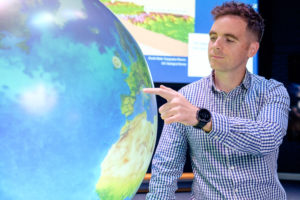 Peter McNeill says,” It is an honour to have been appointed Armagh Observatory and Planetarium’s next Boardroom Apprentice. Having grown up in Armagh, I have always been fascinated by the organisation and inspired by its contribution both to the local community and to the world of astronomy.

“I look forward to learning more about corporate governance and about the organisation’s day to day operations. I hope that the skills and experience that I acquire in the process will help me to secure a permanent role at board level in the future.”

Armagh Observatory and Planetarium is sited in a heritage environment with a rich scientific history. The organisation delivers internationally recognised research in astronomy and related sciences and vibrant educational and outreach programmes for all ages.

Established in 1790 by Archbishop Richard Robinson, the Armagh Observatory is the oldest scientific institution in Northern Ireland and the longest continuously operating astronomical research institute in the United Kingdom and Ireland.

Dr Eric Lindsay founded the Armagh Planetarium in 1968. The oldest operating Planetarium in the UK and Ireland, it celebrated 50 years as Northern Ireland’s public face of space and astronomy in May 2018. 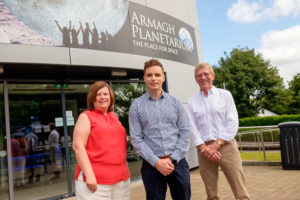 Carol Corvan, Head of Corporate Services at Armagh Observatory and Planetarium, said, “We are delighted to welcome Peter as our fourth Boardroom Apprentice. By taking part in the scheme, we hope to engage a diverse pool of candidates who can bring fresh thinking to the table. In turn, we aspire to give them the skills and confidence to occupy board level roles in the future.

“Peter’s background in community relations will provide us with a unique perspective and we very much look forward to welcoming his contributions and supporting him as he grows into his role.”

To find out more about Armagh Observatory and Planetarium: https://www.armagh.space