Wonders of the October Sky

October marks the peak of Autumn, leaves are falling from the trees, the evenings are darkening and Halloween and Christmas are just around the corner. With dusk falling earlier in the evening, this gives ample opportunity for stargazing without having to stay up too late.

This month there are lots of celestial highlights to enjoy. As the sun sets in the west each evening, Jupiter, the largest planet in our Solar System, is rising in the east in the constellation of Aries, where it is visible throughout the night setting just before sunrise. As Jupiter is the largest planet in our Solar System it reflects a lot of the Sun’s light back to us here on Earth. It will be the brightest object in the night sky other than the moon these next few months. Jupiter may appear quite low on the horizon in the early evening so make sure you do not misidentify it, before it rising higher in the sky throughout the night. On 28 October the Earth comes between the Sun and Jupiter, in opposition, meaning as the Sun sets in the sky Jupiter will rise. Oppositions with Jupiter happen every 13 months or so but Jupiter this time is closer to us due to planetary orbits not beng perfect circles. It won’t be this close again for another eleven years.

How Jupiter and its four largest moons would look like through a small telescope (Image credit:Stellarium)

Jupiter is easily visible with the naked eye. The bright star like object next to the full moon on 12 October will be this gas giant planet. It is distinguished from the starry backdrop as stars appear to twinkle in the night sky but planets do not. Using a pair of binoculars or even a small telescope will show a little bit more detail and the four largest of Jupiter’s moons will appear as tiny stars near a bright disk. Among the cloud tops of Jupiter is the Great Red Spot, a familiar sight to astronomers since the 1660s. This is a huge storm, big enough for planet Earth to fit in three times. This however may not be easily visible even with a small telescope. Underneath Jupiter’s belt and band clouds provides and interesting world. In 1995, a probe from the Galileo spacecraft was dropped into Jupiter and survived 57 minutes before melting. From this we learnt that beneath its blanket of cloud, Jupiter has pretty constant high speed winds blowing at up to 330mph, very high temperatures and lightning strikes perhaps 1/10th as often as on Earth.

Theking of the gods looks sullen in this infrared image of Jupiter (Image credit: NASA and IFTF)

Jupiter is named after the Roman king of the gods, Zeus is the Greek equivalent. Jupiter, meaning “sky father” or “father god”, was also the god of the sky and thunder.  Many of the other objects in our Solar System are named after Jupiter’s family. Saturn was Jupiter’s father, Uranus his grandfather, Mercury, Mars and Venus were his children (although not all share the same mother) and Pluto and Neptune were Jupiter’s brothers. Also the moons of Jupiter (save Ganymede) are named after some of his many, many female acquaintances.

Also this month rising into the sky in the early hours of the morning is Mars the Red planet. Rising in the north East around 1am, Mars is visible until dawn strikes. Mars is in Cancer and it is named after the god of war as it is red in colour is reminiscent of blood in battle.  According to Greek mythology Mars had twin sons named Phobos (Panic) and Deimos (Fear) which are now also the names of the planets Mars’ moons. Mars has got ice caps on its north and south poles. It also has a thin atmosphere made of mainly (96%) carbon dioxide any water that once existed on this planet has been frozen or evaporated. Also towards the end of this month Venus will be visible just after sunset and Saturn visible just before sunrise.

Some of the constellations that are easy to identify in the sky this month is Cassiopeia (the Queen) who looks like a W in the sky, at this time of year. According to mythology Cassiopeia was extremely vain, therefore she was placed into the heavens to spend half of the year hanging upside down with the blood rushing to her head. In the south the great winged-horse Pegasus is high in the sky. In the sky Pegasus also appears to be upside down. Four bright stars make up the square of Pegasus with only the head and front legs making up the rest of the constellation. Pegasus was formed from the foam that was created when the blood from the snake-haired Medusa mixed into the sea.

Image of Pegasus upside down in the night sky. (Image credit: Stellarium)

As the year draws to a close the darker evenings are providing plenty of opportunities for star gazing. With the hustle and bustle of town living and thought of Christmas shopping on the cards, take time to appreciate the beauty of the night sky. Also don’t forget to fall back and put clocks back one hour on the 30th.

I got a closer look when I was on the Enterprise in ten forward having Romulan Ale and Klingon Blood Pie with Geordi La Forge. 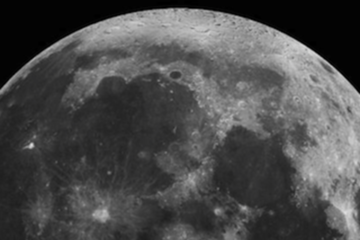