Armagh Observatory is no stranger to the amateur astronomer, and its history has been shaped, and preserved by numerous amateurs over the years such as Rev. Ellison, Patrick Corvan and many others. Today we are commemorating another amateur astronomer, who passed away eighty years ago to the day. His name was William John Roberts, and his story intersects with our own here at Armagh Observatory, as well as with the history of astronomy across Ireland. 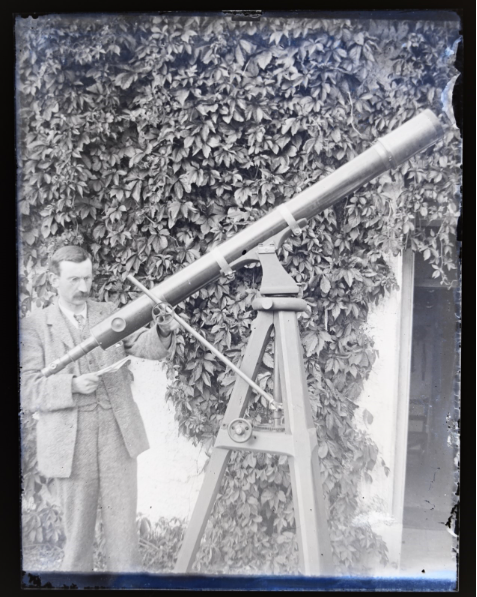 William John Roberts was born in Dungannon to Neason and Eliza Roberts. Mr Neason Roberts was a saddler, and the family lived on Irish Street when William was born in 1867. William left school young and found work as clerical assistant in a spinning mill in Dungannon when he was 12. He did not let this stop his education and continued to attend evening classes at Dungannon Technical Institute, where he would return later in life as an instructor in electricity and magnetism. It was at this young age that he first discovered his love and talent for astronomy.

He became fluent in French and contributed to the Bulletins of the Society of Belgian Astronomer and was a member of the Society of French Astronomy. He had built his first observatory by 1905, and there he observed a partial eclipse in August of that year. He was intent that astronomy should be taught widely and was joined at this observation by the students from Royal School and their teacher.

He married later that year, to Anna Matilda Tate, and moved to Tullyroan, where he would live the rest of his life. Here he built his workshop and observatory, where he would spend his time observing the stars and working many engineering projects. He wrote widely, becoming a popular fixture of the Irish Independent for decades. His newspaper articles were written in a conversational, accessible tone, and he frequently included tips and advice for stargazers from all walks of life. He contributed to the papers for over forty years and was interviewed shortly before his death in 1942. In the interview he expressed his pride at his three daughters, two of whom became doctors and the third who became of prominent educational advisor to the Northern Ireland government. 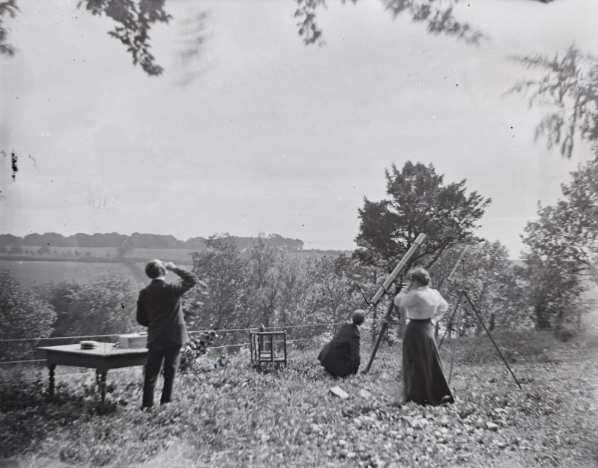 William was a close friend of the sixth Director of Armagh Observatory, Rev William F.A. Ellison. Both men were keen astronomers and were interested in engineering. William Roberts bought several telescopes from Ellison, as well as having some of his older instruments refurbished. The design of William Roberts observatory bears a striking resemblance to the style of pillars that Ellison described in his book, ‘The Amateurs Telescope’. His observatory was entirely unheated, as a stove may have disturbed his instruments as he worked, but he did not seem to mind the cold. William also built a windmill which he used to charge batteries. A practical engineer at his heart, he also made numerous model trains and took great pleasure in being well known to the stokers that worked the various lines in his lifetime.

Not to be confined to just astronomy, William Roberts was also involved in early projector technologies, metallurgy and steam engines. He gave many lectures on a wide variety of topics ranging from theology to, of course, astronomy. He performed field work as an amateur archaeologist, photographing and documenting the discovery of an ancient boat in a bog near Dungannon. He served as lay preacher for his local Methodist congregation for over fifty years and his personal library included theology, church history and his own studies.

William published his last newspaper articles only a few days before he passed away. He died on the 9th of August 1942. He left behind his wife and three daughters and a legacy of astronomical curiosity. It has been eighty years since he passed away and the idea of communicating science to all ages and backgrounds is still as relevant today as it was during his lifetime.

Thanks to the Seager Family for opening their archives and bringing the story of their ancestor, William John Roberts to our attention. Thanks to Sean Barden of the Armagh County Museum, and to John McConnell for their contributions. 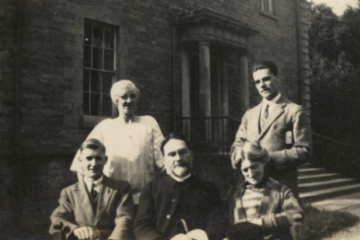 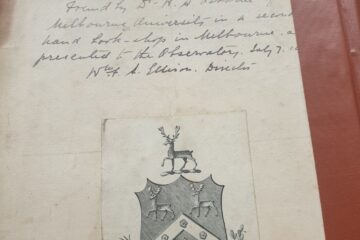