The International Astronomical Union’s Commission for World Heritage has undertaken a study tour of the three historic Irish astronomical observatories at Armagh, Birr in Co Offlay and Dunsink in Dublin in order to consider their potential for nomination for UNESCO World Heritage status.

The concept of World Heritage is important for future generations to experience cultural and natural heritage of irreplaceable sources of life and inspiration. It is a universal application in which World Heritage sites belong to everyone, irrespective of location. 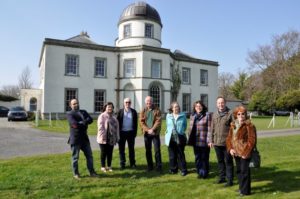 Supported by the International Astronomical Union (IAU), a successful meeting with Professor Gudrun Wolfschmidt, University of Hamburg and Professor Clive Ruggles, University of Leicester took place at Armagh Observatory and Planetarium, to examine the observatory and its collections of historic telescopes and discuss the prospects for seeking World Heritage nomination. 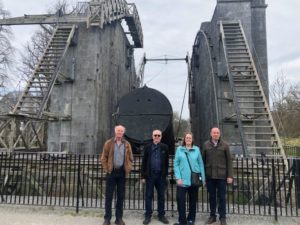 Among the telescopes that can be seen in Armagh is the Troughton Equatorial.  Installed in 1795, it is the oldest telescope in the world still in situ in its original dome.

Professor Michael Burton, Director of Armagh Observatory and Planetarium said: “Armagh Observatory has an amazing astronomical heritage. The Grade A listed heritage observatory building marked a key stage in the development of astronomy, the first time the design of the building was fundamental to the science being conducted.  Inside can be seen key stages in the development of the astronomical telescope itself.   We look forward to working with our colleagues at the equally historic observatories of Birr and Dunsink in Ireland in making the case for World Heritage.” 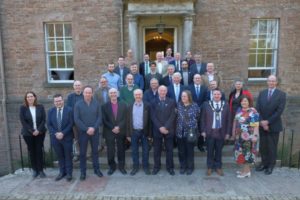 Visit to Armagh Observatory and Planetarium

The IAU has a Commission for World Heritage that Professor Michael Burton is the Vice President of.  He will work with his colleagues in it to develop an application over the coming months making the case for World Heritage status.

The three observatories of Armagh, Birr and Dunsink were at the front line of world astronomy in the 19th Century, making key contributions to the design of the telescope and to understanding our place in the cosmos.  Not only have these telescopes been used over the decades for important research, they remain in their original physical form today, making them an exciting and incredibly important element of our heritage.  Not only can people see our historic telescopes, they can also see how they were used when conducting pioneering science in their day. 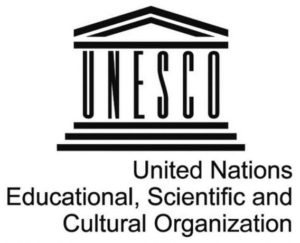 Armagh Observatory hosts six generations of telescopes inside, ranging from King George III’s telescopes of 1769, used to measure the Transit of Venus, to the Armagh Robotic Telescope of 2010, used to teach PhD students. The interrelationships of the three Observatories are very important in building the case for World Heritage.