The Night Sky in February 2021

It’s the shortest month of the year, although some may argue that it can feel just as long as January. We’re still seeing the winter constellations in the night sky, and hopefully we will get some nice clear nights to go stargazing. Remember you need to wrap up warm when you are stargazing, and it can never hurt to have a hot drink with you. Our recommendation? Hot chocolate of course!

In terms of visible spectacles this month, sadly we don’t have a meteor shower, but we do have some passes of the International Space Station. From 21st February to 28th February, the ISS will be visible in the early morning, so this is good for all you early risers. When we say early, we mean early. On 25th February it will be visible at 5:00am in the south east, and thankfully this is the earliest time. The other times are a little later, going from 5:45am to 6:30am. The ISS will look like a bright moving light moving from one side of the sky to the other. Give it a wave and enjoy the sight if you’re awake to see it. For more information on viewing the ISS, check out www.heavens-above.com.

Arguably the most important day of February is the 14th. If you’re not sure what this day is, it’s Valentines Day!

We might not be able to celebrate Valentine’s Day in the same way this year, and so why not choose a night of stargazing with your significant other as a different way to celebrate your love. We are all made of star stuff after all!

What things should you look out for to impress your SO? Here are what we would recommend for you:

This red supergiant is sometimes called the Valentine’s Day Star, and is located in the shoulder of Orion the Hunter.

Why does it get this name? Betelgeuse pulsates in size, expanding outward between the size’s of Mar’s orbit and Jupiter’s orbit. To us, it looks like it increases and decreases in brightness in the night sky. Some say it is reminiscent of a beating heart.

Betelgeuse is roughly 900 times the size of the Sun, and astronomers often talk about how the star is nearing the end of its life and could be ready to go on to its next stage. This would be a large supernova that would be visible even in the daytime sky. This could happen any time within the next 100,000 years, which is a relevantly short time in terms of Outer Space.

This blue-white star in the foot of Orion the Hunter, is not just one star, it is a system of at least four stars. Rigel is the name for the main component of this system, and it is roughly 860 light-years away from the Earth.

Due to its stellar wins, Rigel’s mass-loss is estimated to be ten million times that of the Sun. It is a fairly young star, at an estimated seven to nine million years old (which is practically a toddler in terms of Space.) It has exhausted its core of hydrogen fuel and expanded and cooled into a supergiant. It is expected to end its life in a supernova that could lead to a neutron star or blackhole.

Now that you have all of this impressive information on Rigel, make sure you use it on your significant other, and really impress them with facts on this diamond in the sky.

Like many of the stars we see in the night sky, Sirius is in a binary system with another, smaller star. Known as Sirius A and Sirius B, the second star wasn’t known about until telescopes started to improve in the 1800s. Sirius B, affectionately known as “the Pup,” was first observed in 1862, and in 2005 the Hubble Space Telescope was able to capture an image of the two stars together. Even though Sirius B is considerably smaller than Sirius A, it is still one of the largest white dwarf stars known and is roughly the size of the Earth.

The full moon this month is one you’ll have to wait for! It appears for us on the 27th of February and its special name is the “Snow Moon”. Why? It occurs at the time of year when the snow is at its deepest. It’s also called the “Hunger Moon” as food would be at its scarcest for harvesting.

We hope you enjoy gazing at the night sky this month. We encourage you to get out there and take as many photographs as you can. The more photographs the better! You might still be able to see the odd meteor if you are out at night for longer than 30 minutes, as meteors are constantly hitting the Earth, and you can always rely on the Moon to brighten up your night.

Moving on to our February Night Sky article (already) featuring htings to look out for while the sun still sets nice and early. Watch out for the cold, though!

Finally, we have left the January blues behind us, the month that never seems to end and it is now time for February fun! The chill in the air has well and truly settled in and it looks like it will be staying with us for a while yet. 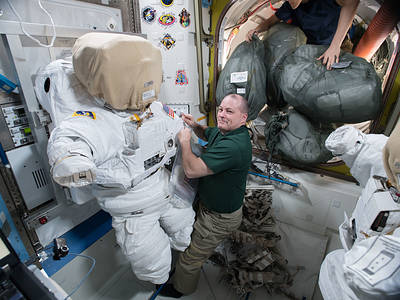 Well, thankfully the drudgery of January is behind us and we can look forward to a month full of dark nights, stars and even a hint of romance.  And let me tell you this my Read more…