The Largest Catalogue of Gravitational Waves Ever Released!

One of humankinds greatest achievements was made on 14th Sept 2015 when the first direct detection of a gravitational wave event was made using the aLIGO observatories in Washington State and Louisana in the USA.

This event was the result of two Black Holes, each weighing several ten times the mass of the Sun, merging to produce a BlackHole of (nearly) twice the mass of the merging Black Holes. Around 3 solar masses worth of material was released in the form of gravitational waves.

On 17th August 2017, aLIGO and the Virgo observatory in Italy discovered an event which was caused by two merging neutron stars. This became one of the best observed astronomical events ever recorded — virtually every telescope and satellite was trying to detect the optical counterpart of this event. Unlike merging blackholes, merging neutron stars are predicted to emit electromagnetic radiation — radio, optical, x-rays — virtually simultaneously to the gravitational waves.

The third major continuous observing run using aLIGO and the Virgo observatories ended in March 2020, slightly earlier than planned due to the Covid pandemic. The systems are now being upgraded to make them even more sensitive to gravitational wave events, with the 4th observing run starting some time after June 2022.

However, there is still much work do with the data which have been taken prior to March 2020. The aLIGO/Virgo world wide consortium has now released a catalogue of 50 gravitational wave events. The Cardiff University Gravitational Exploration Institute have developed a nice tool which allows anyone to click on each of these 50 events to see for yourself how massive are the merging objects.

The events in the lilac region are all merging black hole binaries. In the green region at the bottom, the events have been produced by either a neutron star merging with another neutron star or a black hole. Between these two regions is the `mass-gap’ where current computer models find it is difficult to produce such a merger event — either the neutron stars would be too massive or the black hole would be too light. We await the next observing run starting sometime in the second half of 2022.

You can find out what some of the LIGO/Virgo scientists were up to during lockdown and recent developments here. 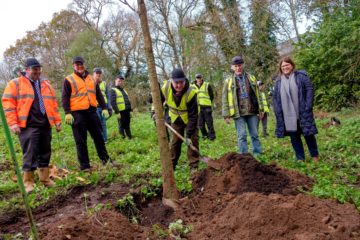 Ten local students are utilising their newfound skills and doing their bit for the planet, by planting 15 new trees in the Observatory grounds. Eight oaks, five redwoods, one beech and one holm oak have Read more… 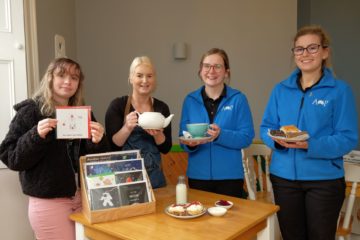 The newly renovated café at Armagh Planetarium & Observatory, the ‘Cosmic Coffee Dock’, has partnered with local Social Enterprise, ‘The Gathering Rooms’ to supply its freshly baked treats. Visitors can now indulge in a selection Read more… 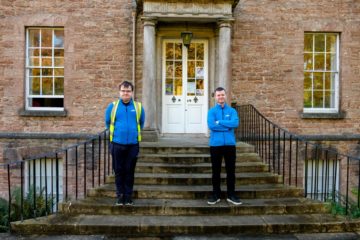 Armagh Planetarium and Observatory has employed two local men as part of its team since August 2021, through the new JobStart Scheme. Dylan Smith and Shea Agnew have been offered roles, to gain valuable work Read more…