Everything You Need to Know About Dwarf Planets

Today we are going to talk about some lesser-known bodies in our solar system – and one that you might still be upset about. These are the dwarf planets in our part of the ‘neighbourhood.’ But first I want to clear a few things up: firstly, there are eight objects in our solar system that have the classification of planet. Secondly, there were nine (I know, school taught me that too). But I will explain why this has changed in a little bit. Thirdly, for classification as a planet or dwarf planet there are a few things that need checked off for each.

We will start with an overview of the planets in our solar system, there are a few varieties for use to talk about. The first are the terrestrial (rocky) planets; these are the ones that have a solid surface like Earth. But they can look quite different and can be quite extreme. While Mercury and Venus are exceptionally hot, Mars is the coldest of the four rocky planets with sub-zero temperatures year-round. The last is Earth which for life as we know it is just right! The next set of planets we can call the Gas Giants, which are: Jupiter, Saturn, Uranus, and Neptune. These planets are massive when compared to the rocky planets and are made of different amounts of gases like hydrogen or methane.

The first proper image was Pluto was first taken in July 2015. Credit: NASA

Now that we know what dwarf planets are NOT, let us take a closer look at them. There are five dwarf planets in our solar system that mostly share the same characteristics. And one of these was taught to many of us to be one of nine planets in the solar system. This one is Pluto. Pluto was identified as a planet in 1930 upon its discovery. But in 2006 it was reclassified to a new category called dwarf planet. There were a number of reasons that Pluto got this reclassification. And it was by this new standard that astronomers were able to name four others in our solar system. Now for those of us that learned that there are nine planets, don’t worry about the change. Science changes as time goes on. When there is added information, we can learn more about the universe around us and gain a new perspective on what is going on around us.

Next, let’s get to the classification of planets and the standard that the planets are held to for their status. There are some questions we can ask a few questions to get the ball rolling. 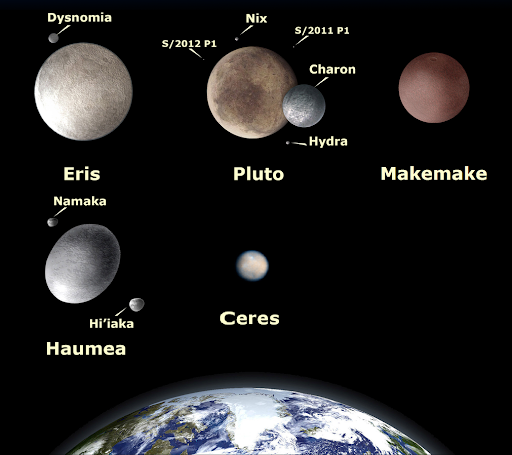 Does it orbit a star?

All the bodies that we call planets orbit a star. There are moons of Jupiter and Saturn that are large enough to be called planets, but they do not orbit the sun directly, they orbit planets instead.

Is its orbit clear?

The eight planets that have this classification all have clear paths, or orbits around the Sun. that means there is relatively little debris from the formation of the Sun and the planets. The debris could be in the form of comets and asteroids.

How big is it?

There are a lot of objects in our solar system that might have been called planets under different circumstances. Moons like Ganymede (Jupiter) and Titan (Saturn) are both larger than Mercury, which is definitely a planet, but orbiting another planet eliminates them from contention.

Some objects are just big asteroids. We are going to look at bigger objects today, dwarf planets are big enough that gravity makes them almost totally round. Unlike oddly shaped asteroids where the gravity isn’t as strong.

This one is a bit greyer since it’s not about the place, but what surrounds it. Four of the five dwarf planets are in the Kuiper Belt, including Pluto. The Kuiper Belt is beyond Neptune (one of our ice giants and the farthest PLANET from the Sun). It is a band of ice, dust, and rocks. Some of these rocks are meteors, but they are too small to be a planet at all. 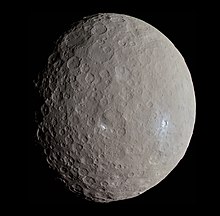 To understand why we have the classification system we will look at the five dwarf planets in our solar system. We have mentioned Pluto, which is in the Kuiper belt with Makemake, Eris and Haumea. But Ceres is in the asteroid belt between Mars and Jupiter, it is the only one that we have found that is not in the Kuiper Belt. There are probably many objects that now match our classification for dwarf planet in the Oort cloud and Kuiper Belt that simply haven’t been classified yet. Many of them being difficult to spot from Earth, as there is a lot of dust and rocks in the way.

Although there are some differences between the eight planets and the dwarf planets, there are also some similarities. Firstly, they do orbit the Sun unlike objects like moons that orbit planets. Some of them also have moons of their own. Pluto, for example, five in total. This includes Charon, which is very large compared to its ‘parent’ planet. They orbit around each other as though they are a double planet orbiting the sun together. Being so far from the Sun also means that the surface temperature on Pluto is around -230oC. This is one of the coldest places to be in our solar system, and it won’t change much even on its closer passes to the sun. That happens because of the oval-shaped orbit that Pluto has, it is also ‘tilted’ and on a different plane than the other planets. Although it is an odd orbit, Pluto, like the other planets (including dwarf planets), orbits the sun. 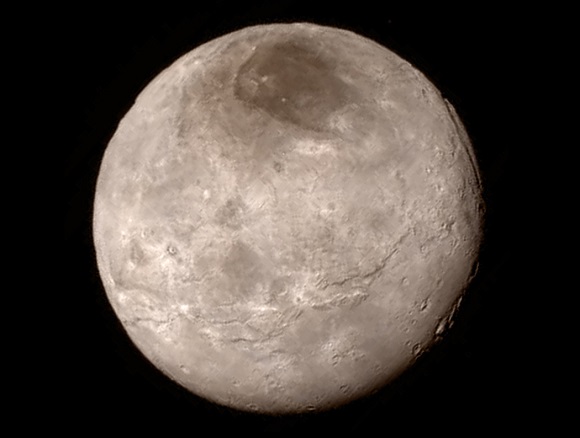 Since Pluto was discovered in 1930, then reclassified in 2006, the category of a dwarf planet is still very new and will take time to build on the body of knowledge around these planets. There may be many more out there, just out of sight for now…