It’s easy to forget that it was only 25 years ago that the first planet around another Sun-like star was discovered. Since then, research into 'exoplanets' has become one of the most active areas of astronomy, with links being made with groups working on theoretical models of how planetary systems form and how the atmospheres of planets could evolve over time.

Twenty years ago, most exoplanets being discovered were dubbed 'hot Jupiters'. This was because although they had a similar diameter and mass as Jupiter, the time taken to orbit their host star wasn't 12 years like Jupiter, but less than 10 DAYS!  This makes the planets atmosphere very hot and is likely to be vaporised over time. Their size and short orbital period made these systems relatively easy to find if they had a viewing angle such that they cause prominent dips in the stars brightness every planet `year' (see On The Retirement of Kepler). Clearly these planetary systems were very different from our own Solar System.

We now know of many stars which have more than one planet orbiting them. This includes the star Trappist 1 which is a star much cooler and smaller than our Sun, and has 7 planets.  (see Trappist 1 and its 7 exoplanets) By finding more multi-planet systems, astronomers can determine how diverse planetary systems are and test models which predict how they form.

Now a new planetary system has been discovered around a star called (not very memorably) TOI-178 (TESS object of Interest) which is in the Southern constellation Sculptor, lies 200 light years distant and has a mass 2/3 of the Sun. Three planets were discovered using data taken by the TESS satellite several years ago. The periods of the planets were intriguing and gave hints they may show a similar feature to the moons of Jupiter, Io, Europa and Ganymede: in the time it takes Io to orbit Jupiter four times, Ganymede orbits Jupiter twice and Europa once. This is a called a 'resonance'. 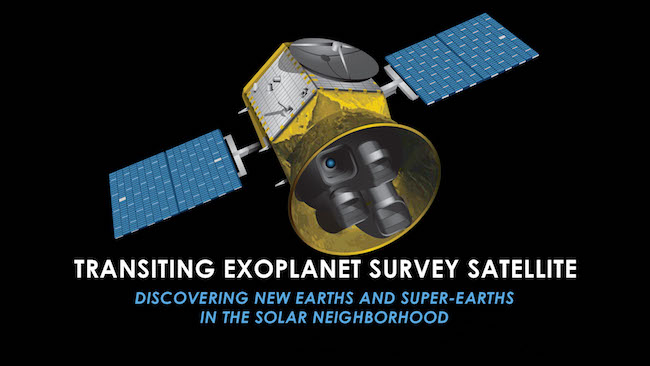 Based on the periods of the three planets of TOI-178, astronomers predicted there would be others and they set out to find them using an array of satellite and ground based telescopes. One of these was the ESA Cheops mission which is targeting stars which already have known planets. The prediction of extra planets was proved to be correct and the image below shows how the brightness of TOI-178 changes over time with the dips caused by the six planets as they come between us and their host star. 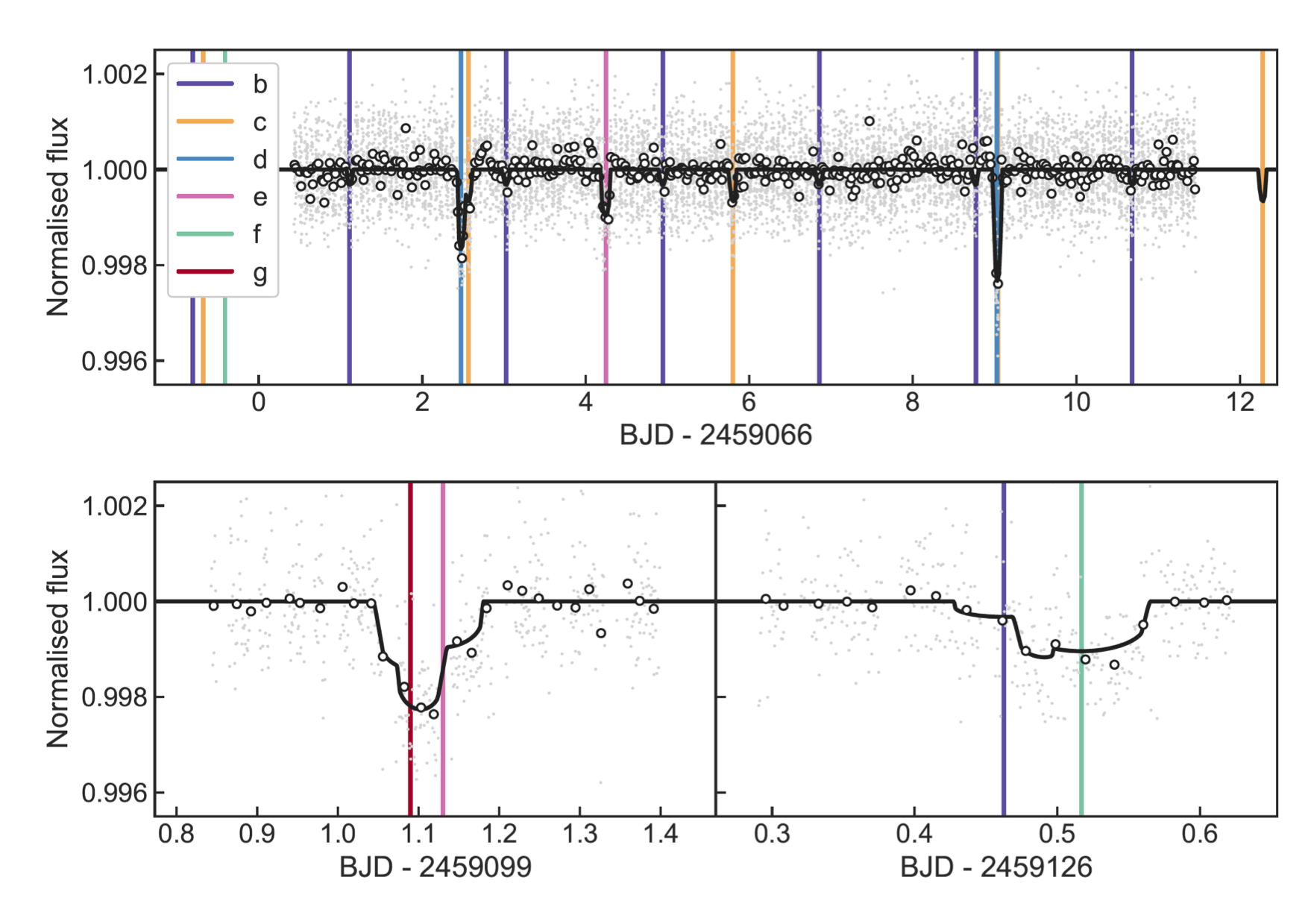 The top panel shows how the brightness of the star TOI-178 changes over nearly 2 weeks where vertical coloured lines indicate which planet [b-g] causes the dip in the stars apparent brightness as it comes between us and the star. The lower panel shows a close up of two dips where the signature of more than one planet is revealed. [Credit Leleu et al. 2021, Astronomy & Astrophysics, https://www.aanda.org/component/article?access=doi&doi=10.1051/0004-6361/202039767 and https://arxiv.org/pdf/2101.09260.pdf]

Further detailed observations allowed the team to calculate the diameter and mass of these planets which in turn gives the planets average density. What they found was that as we move further out from the host star, the density of the planet does not change in a smooth way. This is unexpected and not something which current models can explain. This is good since it will allow newer and better models to explain how planets form around stars.

On 22 January 1997, Lottie Williams from Tulsa, Oklahoma, was walking through a park around 4am with friends when they saw what looked like a shooting star in the sky. “It was just a big Read more…