Looking at Earth from space, the planet appears blue. The ocean, not the land, is why the earth is unique in the solar system. The ocean covers 75% of the earth. It is the reason there is life on earth, and therefore the reason we are here. For many it is their livelihood, and it certainly offers us many new habitats to exploit for resources. Not to mention, it’s great for recreation and relaxation. You’d think, with the ocean being so vital to us, that we would be protecting it for future generations, ensuring success and enjoyment for years to come. You’d be wrong. Less than 10% of the world’s oceans are marine protected areas (MPAs) – the goal was originally 10% by 2010, later changed to 2020. By 2017, at a generous estimate, only 5% were under legislative protection. 8% of oceans are now protected, so we are on our way. However, experts admit that this is only a start. Ideally, at least 30% of the ocean would be part of an MPA.

MPAs are areas which are under legislation to protect natural or cultural resources. Exploitation of these waters and coastal areas is strictly controlled, preventing overfishing, limiting traffic and noise pollution and allowing monitoring for changes brought about by climate change. Unfortunately, climate change must be prevented on a larger scale to actually protect these areas of the ocean; as the ocean is all connected a change in one area leads to knock-on effects elsewhere.

One of the major results of carbon dioxide levels rising in the atmosphere is ocean acidification. The ocean is the world’s buffer; it absorbs extremes to soften the effect on the more fragile terrestrial zones. One of the things it absorbs is the carbon dioxide itself. Unfortunately, this does not leave the ocean unaffected. Small amounts are fine, given the vastness of the water, but large quantities like we’ve been pumping into our atmosphere since the industrial revolution are not so good. Some of the carbon dioxide (CO2) mixes and reacts with the water (H2O) to make carbonic acid (H2CO3), causing the pH of the seas to decrease (become more acidic).

Like with global temperature rise, a little goes a long way. A change of only 0.1 in pH can cause major changes in metabolism and immune response in marine animals. Many animals in the ocean relay on hard calcareous shells for protection from predators. Molluscs build their defining shells from the mineral. Ocean acidification changes the solubility of the calcium shells, causing them to dissolve. This leaves many organisms, including certain types of algae, shellfish and corals vulnerable to predation and injury. The most sensitive of these marine organisms, the corals, are hit even harder.

Corals are small colonial animals closely related to jellyfish, but the two things that make them so important to the ecosystem they occupy and create are their feeding method and their homes. They have a symbiotic relationship with microscopic dinoflagellates that photosynthesise (zooxanthellae), providing the coral with a steady supply of glucose in return for protection and shelter. This shelter consists of a hard calcium-based reef. This is a hard rocky outer layer that houses both the coral polyps and their mutualistic algae. So, not only do the corals provide a start to the food chain by converting the sun’s energy to glucose for other organisms to feed on, they also provide a tough shelter for themselves and many other organisms, who would otherwise be unprotected in the open ocean.

Corals are extremely sensitive to pH levels and temperature in the area of the ocean in which they survive. If there is even a small change from natural levels the zooxanthellae will abandon the coral polyps, leaving them without a food source (some corals are able to catch prey with the stinging cells in their tentacles, but most only use this as a supplement to photosynthesis) and without any colour. This results in large swathes of coral reef losing their pigment and becoming bleached white. Bleached coral is very weak and malnourished and will die more easily and leave dependant species with less protection and shelter.

While acidification is one of the causes of this increasingly common bleaching effect on corals, sea surface temperature increase also plays a part. The increase in global temperatures is not enough to heat the entire ocean, but the layers of the sea that are exposed to the atmosphere can heat up relatively quickly. This leads to a number of effects, none of which will be good for us, especially those of us living in coastal or low-lying areas. The first problem is thermal expansion. When a substance heats up, the molecules that make it up get further apart from one another, causing the substance itself to expand. This, when happening to water in the ocean, lead to sea-level rise.

The sea level globally rose by 16-21cm from 1900-2016, but sea level rise is also accelerating. Recent data shows an increase rate of 30cm per century. Thermal expansion is partly responsible (42%) for the rise in sea levels over the last few centuries, but as only the top layers of water are exposed to any great heat, there are other factors at play. Sea ice melting is a huge worry. Icebergs melting will not change the level of the sea, as they already added to the volume when they were ice. It is the glaciers and ice sheets melting that will contribute to the sea level rise. In Greenland and Antarctica, the ice is slowly disappearing over the years (there are summer and winter maximums and minimums every year of course, but if you compare summer minimums over the last decade, a startling trend is seen in the amount of ice. Its going down fast, and all that ice is turning to vast quantities of water entering the ocean system. Think about that figure of 30cms of water per century in average sea level rise. Multiply that by the entire area of the world’s oceans and that is a lot of water.

A third cause of sea level rise is changes in land use. This can affect the groundwater storage of an area and cause any water that has been pumped out to go into rivers and streams and will eventually reach the sea. This is not directly linked to climate change, but it goes to show the impact humans are having on the world, so much so that some scientists have renamed this geological epoch from Holocene to Anthropocene.

Sea level rises will obliterate many coastal and island communities and will also affect inland low-lying areas. There will be more and more dangerous hurricanes, storm surges and tsunamis, not to mention damage to agricultural land and cities (the capitalists may actually get their comeuppance on that front). Natural habitats will be destroyed both on land and in the water itself, with many species at risk, especially in wetlands, which are highly productive ecosystems.

All these extra water sources flowing into the ocean will not just affect the sea level but also some of the most important currents in the world, including thermohaline circulation. Ocean current are a product of changes in temperature of the air, which causes winds and surface currents on the ocean, pushing water to the higher latitudes. Water at higher latitudes is colder, which also makes it denser (buy the same principles behind thermal expansion). This means that the cooled water (which has lots of nutrients dissolved in it) at high latitudes sinks down to the bottom of the ocean and travels back to the lower latitudes where it up-wells, bringing nutrient rich water to the nutrient poor ecosystems of the lower latitudes and creating a ‘conveyor belt’ of water through the ocean system as a whole. Global warming affects this by adding extra fresh water to the oceans. The saltier the water, the denser it is, meaning that fresher water is less dense. By adding fresh water to the cool high latitude water, the density is lowered, meaning it sinks slower, or doesn’t sink at all. This interruption of the thermohaline circulation causes populations in lower latitudes and those deeper in the water column to be left with fewer nutrients in the water, causing the food chain to collapse and causing severe damage to many marine ecosystems.

The gulf stream is one of the important ocean currents that is slowing down. The gulf stream is the current that gives us in the UK and Ireland our clement weather, compared to other countries on the same latitude, by bringing warm waters up from the Gulf of Mexico. Climate change is slowing some of the major currents in the Atlantic and the gulf stream is one of them. A potential future then, is one in which we have a similar climate to Canada. The standstill our country comes to when there is even a little bit of snow just goes to show how we would deal with that.

Now, I mentioned earlier that the ocean is one of the biggest carbon sinks on earth. This is why we have been protected, thus far, from the full effects of global warming. However, the ocean doesn’t just dissolve CO2 and leave it there at the surface. The great thing about the ocean is that it has this thermohaline circulation. It drags carbon dioxide rich surface water down to the depths with it, sequestering carbon where it will never be seen again…or at least not for a few thousand years minimum. So, you can imagine what would happen if that thermohaline circulation were to stop. Actually I’ll tell you. What would happen, is that much less atmospheric carbon would be removed, and what we call a runaway greenhouse effect would start. Just think about that. What we are experiencing now is just a slightly elevated greenhouse effect. We do not want it to snowball. (The snowball would just melt anyway.)

All in all, the outlook is bleak unless we have a sea-change (sea what i did there?) in the status quo regarding harmful emissions. Scientists have been calling for such a change for years, and we are getting closer and closer to the tipping point where it will be too late. the UN climate summit happening today (23rd Sept) is effectively a call to arms for anyone who wants to live on Earth in the future to do what they can for the Earth while it’s still possible to help. So, take public transport, go to a protest, sign petitions and do what is within your power to help turn our society round, starting today. 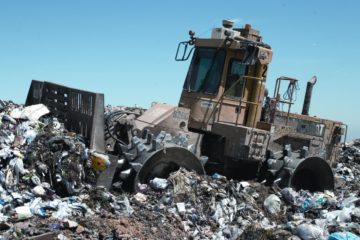 Ever been on a walk and noticed rubbish on the side of the road, footpath, on the beach or in a park? Probably. I can’t count the number of times I have. While it might Read more…

Following on in our climate change series, we have a piece from Anna Taylor, one of our Education Officers, on the impact our changing climate will have on life on earth. Climate change is the Read more…

Following from last week’s introduction to our climate change series, this week we have an article explaining how climate change actually works and why it happens. Firstly, we will be drawing on our sister planet Read more…