Although much of the work of a modern astronomer is behind a desk number crunching and
working out what our data is telling us, there are also opportunities to be involved in taking that
data. At AOP we have recently joined there BlackGEM project which is designed to locate the
optical counterparts of Gravitational Wave events, such as merging Neutron Stars. This project
currently comprised of three telescopes is currently under development at the European Southern
Observatory (ESO) Site in La Silla, Chile; and I was lucky enough to get to spend 2 weeks there
working on the commissioning. From Armagh, La Silla is not a quick place to get to, setting off
from Armagh to Dublin Airport before sunrise I first had to fly over to Toronto, before catching a
flight down to Santiago and then a short flight to the city of La Serna and then finally a bus up to
the observatory — in all three days of travel. But stepping off the bus it was immediately worth it.
The telescopes, the desert, the bright, clear blue sky. It was breathtaking.

Getting a new telescope ready to go involves a lot of fine work making sure that everything is just
so; it’s important to understand the behaviour of the telescopes so that we can properly
understand the data that they give us. It is also key that we get everything set to the optimum
settings — after all what’s the good in a telescope if the images it takes are blurry? This meant
some long nights taking observations of the sky changing the focus just a little bit each time
before taking a look the next morning at what gave us the best results.

Left: Inside one of the BlackGEM domes. Right: A BlackGEM dome opening before the start of
operation. Images: C.Duffy

We also wanted to start to get an idea of what sort of things BlackGEM would be able to see, for
example could it see the eclipse in a binary star that lasted for only a few minutes and happened
every half hour? This meant we had the point one of the telescopes at this binary and take an
image once a minute for an hour and hope that we caught the eclipse when we checked the images the next morning. An hour at night when your telescope is busy working without you might seem like a long time, but in La Silla that just means that it is time to get your camera (or in my case my phone) out and take some pictures. 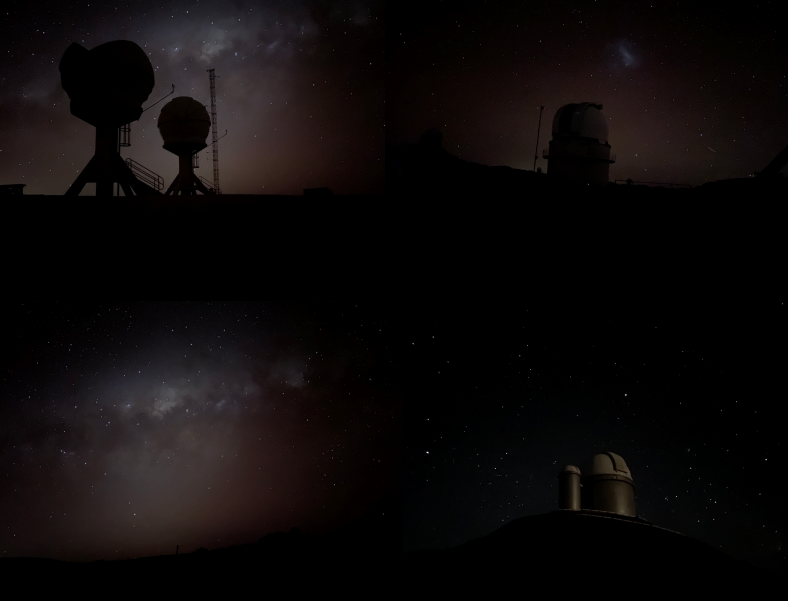 The night sky in La Silla is incredible, even as an astronomer it is impossible not to be overawed
by it all and spend an entire night sitting on a bench just staring up in wonder, and every night
when I had the time I would spend some time just looking up; taking it in. Even though I was there
for two weeks it was all too short. It was a reminder that the work of an astronomer is not just in
facts, figures and research but also in beauty. For me it was an experience of a lifetime and one
that I seriously hope to repeat as soon as I can — even if it does take three days to get to!

The Unluckiest Astronomer in History

Article by Ed Snowdon Whether you are a researcher gathering data, or a hobbyist taking photos from your back garden, astronomy has always required a certain amount of good luck. Instruments can be uncooperative, data Read more…